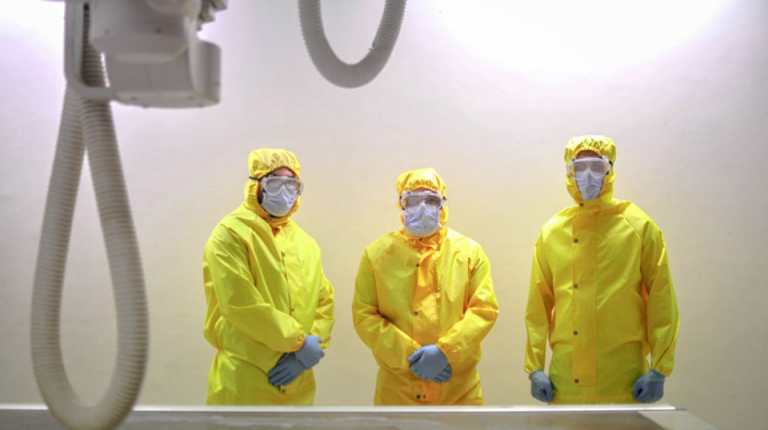 The coronavirus (COVID-19) death toll of doctors in Egypt now stands at 74 after 14 physicians died of the virus in less than a week.

Hashad had contracted the virus while on duty, and died at the Zayed Al-Nahyan Hospital inDuwaiqa, according to a statement released by the Nasser General Hospital on Tuesday.

The EMS and Hashad’s colleagues mourned his death by sharing photos showing him carryingout various tasks at the hospital. They described him as a hero, and praised his efforts indonating and raising money for the hospital where he worked.

“We are still counting the total number of COVID-19 infections but for now, we have 454 confirmed infections,” El-Zayat said on Wednesday.

A number of doctors have been arrested since the beginning of Egypt’s outbreak following theirvocal criticism of the state’s performance in countering the virus. Most of them have taken issuewith the shortage of personal protection equipment (PPE) and PCR tests available for doctors, ademand that the EMS, itself, has been repeatedly calling for.

Last week, the EMS called for a reduction in crowding at quarantine hospital reception areas, and fever and chest hospitals. This would be in addition to providing healthcare workers withneeded PPE, whilst excusing elderly and pregnant medical workers from direct contact with coronavirus patients.

The syndicate also asked for those healthcare professionals with chronic illnesses to beexcused from contact with these patients.

Earlier in May, the Ministry of Health announced the allocation of 20 beds at each quarantine hospital across the country to healthcare workers. It also said that it will expand PCR tests andother tests for medical workers.