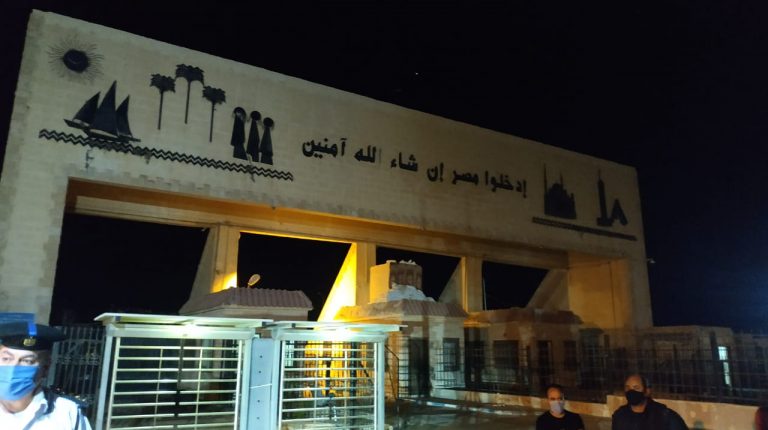 The 23 Egyptian workers recently abducted in Libya were freed and returned home through Salloum early Thursday. President Abdel Fattah Al-Sisi directed all state institutions to end the crisis of detained Egyptian workers in Libya.
A circulated video on social media showed the workers detained by militias affiliated with the Government of National Accord (GNA) in the Libyan city of Tarhuna and were subject to abuse.
Egyptian-Libyan communications assisted in their release and return.
Earlier on Wednesday, the Ministry of Interior affiliated to the Government of National Accord (GNA) announced that it has arrested the perpetrators behind the mistreatment and abuse of Egyptian labourers in the Libyan city of Tarhuna.
The ministry stressed the historic relations between Egyptian and Libyan peoples, that would not be affected by “individual acts,” or political differences.
On Tuesday, the United Nations Support Mission in Libya (UNSMIL) expressed “its concern about the arrest, detention, and mistreatment of a large number of Egyptian citizens in Tarhuna city.”

UNSMIL added that the incident may constitute a violation of Libya’s obligations under international human rights law regarding the prohibition of torture and inhuman or degrading treatment or punishment.”
UNSMIL’s statement came after a video circulated showing what appeared to be militias loyal to GNA abusing and mistreating several Egyptian nationals.
Parliament Speaker Ali Abdel Aal and Minister of State for Emigration and Egyptian Expatriates’ Affairs Nabila Makram said on Sunday that Egypt will take a tough stance against the abuse of Egyptian labourers in Libya.
Makram said that the Egyptian state will never allow the assault or mistreatment of its labourers abroad.
Since the fall of Muammar Qaddafi in 2011, Libya has undergone years of conflict. The North African nation has been split between opposing governments since 2014. The GNA in the west, and the House of Representative in the east supported by LAAF.