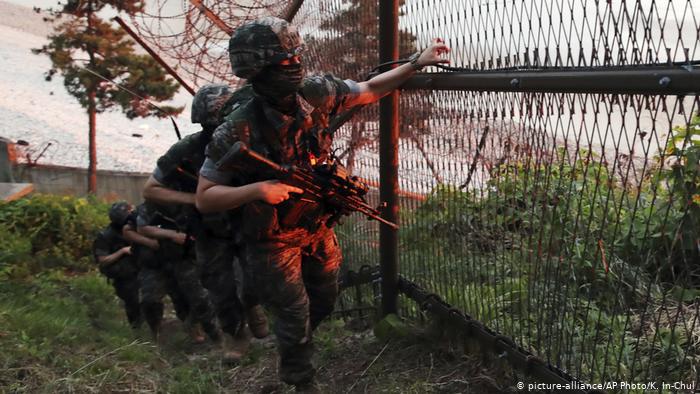 North Korea has announced its army will restart military exercises on the country’s border with South Korea, the North Korean army leadership said on Wednesday.

The border area’s demilitarised areas (DMZ) have previously been used by both countries as an area for industry and tourism.

North Korean state media cited military sources as saying that troops are to be sent to an industrial park in the border town of Kaesong, and to the Kumgang Mountains on the east coast.

Guard posts in the demilitarised buffer zone between the two countries will be re-established, it added.

Pyongyang’s plans come one day after North Korea blew up an inter-Korean liaison office on its territory in Kaesong. It represents the latest escalation of a conflict over a leafleting campaign by defectors and activists from South Korea.

“If the North actually takes such a move, it will certainly pay the price for it,” said Jeon Dong-jin, Director of Operations of South Korea’s Joint Chiefs of Staff.