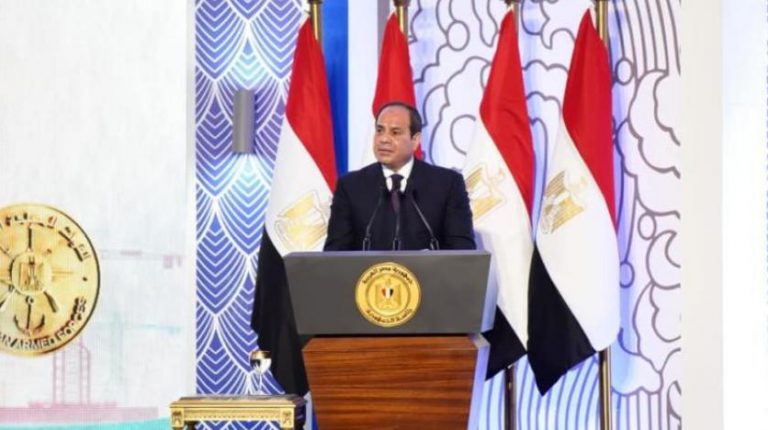 President Abdel Fattah Al-Sisi has said that the Egyptian army is ready to protect national security and the country’s borders, according to a presidency statement on Saturday.

“The Egyptian army is one of the strongest regionally and remains wise in protecting rather than threatening,” Al-Sisi said, “Our army is ready to defend Egypt’s national security inside and outside its borders.”

Addressing Air Forces personnel during his inspection of troops in the Western Military Zone, Al-Sisi added, “Be ready for any mission inside our borders, and if necessary outside the borders.”

Commander-in-Chief of the Armed Forces Mohamed Zaki and the Egyptian Army’s Chief-of-Staff Lieutenant General Mohamed Farid, as well as other top military commanders, were also present during the tour.

Earlier last week, Farid held g a meeting with a number of commanders, officers and soldiers in the Western Military Zone. He noted that the armed forces are at the highest level of readiness to confront all dangers and challenges and to protect Egypt’s borders.

Al-Sisi’s biggest challenge: Getting the Brotherhood back on board