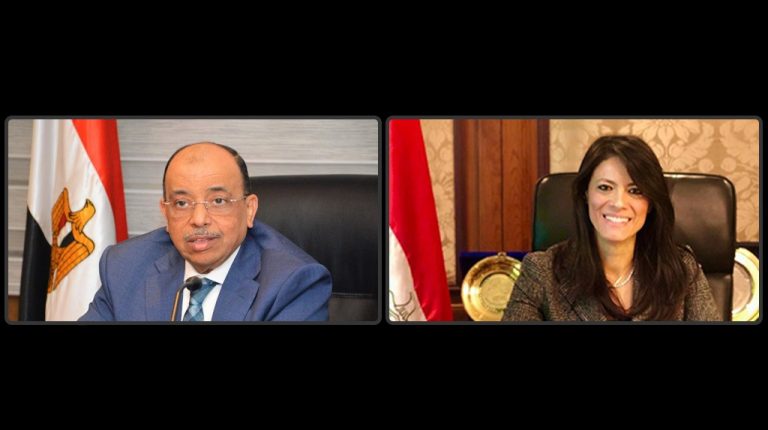 Minister of International Cooperation Rania Al-Mashat and Minister of Local Development Mahmoud Shaarawi have held discussions via videoconference on the speedy removal of pollution in the Kitchener Drain projects.

The ministers discussed the cooperation methods between their two ministries on the projects, which are funded through international development partners, at a total cost of €481m.

The Kitchener Drain is considered the main agricultural drain passing through three Delta region governorates. It serves over 11 million people in 182 villages in the governorates of Gharbeya, Daqahleya, and Kafr El-Sheikh.

During the meeting, the ministers discussed and followed up on the implementation of the Municipal Solid Waste Management (MSWM) component of the Kitchner Drain project’s integrated depollution programme. This has been provided with €79m in funding from the European Bank for Reconstruction and Development (EBRD).

Minister Al-Mashat emphasised that her ministry is coordinating with the EBRD to support the Ministry of Local Development in accelerating the MSWM’s implementation.

She said that the Kitchener Drain project targets three axes, namely the collection and treatment of domestic wastewater, solid waste management, and rehabilitation of the Drain’s infrastructure.

Minister Al-Mashat explained that the project includes the rehabilitation of approximately 24 existing sewage treatment plants, and expanding six wastewater stations. A wastewater plant will also be established, alongside a centralised system for collecting wastewater.

Shaarawi said that a technical and financial committee for the project had been formed. He added that equipment for all primary waste will be purchased, alongside the rehabilitation and construction of 10 intermediate stations.

Additionally to this, six waste treatment plants and four sanitary landfills will be constructed, alongside the development and rehabilitation of open dumpsites that will be used in new solid waste management facilities.

The meeting also touched on the executive situation of the Upper Egypt local development programme in the governorates of Sohag and Qena, which has received $500m in funding from the World Bank.