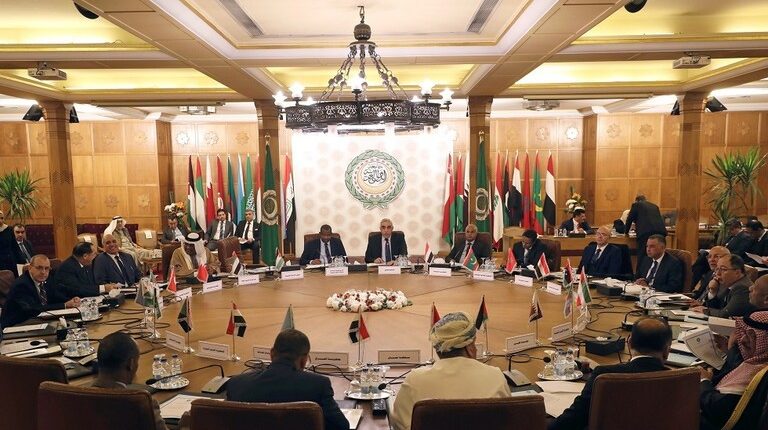 The meeting was originally scheduled for Monday, but was postponed to allow for the completion of certain technical arrangements to ensure the participation of ministers and delegation heads.

The ministry-level emergency meeting was requested a few days ago, following the Arab League’s receiving an Egyptian request to discuss the developments in Libya.

The meeting follows President Abdel Fattah Al-Sisi’s announcement that any direct Egyptian intervention in Libya holds international legitimacy. He also directed the army to prepare for military action inside or outside Egypt’s borders.

On 6 June, Al-Sisi also announced the Cairo Declaration, the latest peace initiative aimed at the Libyan crisis. The initiative aims at a ceasefire between the warring factions in Libya, talks in Geneva, the election of a leadership council, disbanding militias and the exit of all foreign fighters from Libya. The Cairo Declaration has been rejected by Libya’s Government of National Accord (GNA).

Arab countries have leant their support to Egypt’s right to protect its security and border with Libya. Meanwhile, the GNA also said on Sunday, “Egypt’s announcement would be an attack on its sovereignty and is considered a declaration of war.”

The Arab League is set to host a virtual meeting by the International Follow-Up Committee on Libya (IFCL) on Monday, an informed source at the Arab League General Secretariat said on Sunday.

The meeting, the third by the IFCL since its establishment during the Berlin Conference in February, will tackle the implementation of commitments and goals stipulated in the conference’s resolutions.

The source added that the meeting comes at a “critical time”, as it will review current military and security developments in the country, especially amid escalations in the Libyan city of Sirte.

The meeting will also discuss means of achieving an immediate de-escalation to resume negotiations for a ceasefire between the internationally-recognised GNA and the Libyan Arab Armed Forces (LAAF).

On Monday, the White House National Security Council (NSC) said that the US strongly opposes military escalation in Libya, and calls for a ceasefire and negotiations.

“The US strongly opposes military escalation in Libya on all sides,” the NSC said. “We urge parties to commit to a ceasefire and resume negotiations immediately. We must build on progress made through the UN’s 5+5 talks, the Cairo Initiative, and the Berlin process.”

This initiative adds to the many others that have been launched since 2011, following the toppling of Libya’s former leader Muammar Gaddafi, to restore order in the country.

Al-Mismari added that Egypt has taken a leading and pioneering role in order to ensure security in the region.

“Our forces are closely monitoring the situation in Libya, and any threat that threatens us, we are ready to respond,” Al-Mismari said.

He added that the LAAF General Command has “from the beginning, fought for clear goals, which is to disband the militias and collect weapons.”

“The militias must be disbanded in Tripoli and handed over weapons to the Libyan army. The battle today is a national Arab battle, and Egypt is doing its part to preserve its great history,” Al-Mismari also said. “The Turkish goal is to control the region, and its interference threatens the Arab region and Europe”.

Commenting on the 200km no-fly zone announced in the Sirte area, Al-Mismari said, “A no-fly zone has been identified, and we warn all airspace users not to cross it.”

“The armed forces preferred media silence over their movements, and we ask the media to scrutinise the spread of information,” he noted.

Al-Mismari announced in a post published on Facebook on Sunday, that LAAF forces had imposed a no-fly-zone over north-central Libya. He displayed a map showing the area where the new no-fly-zone will be implemented.

Al-Mismari pointed out that this region, which extends from eastern Sirte to the town of Al-Hishah, is considered a no-fly-zone that only the Libyan National Air Force will be allowed to use.

Moreover, the Supreme Council of Sheikhs and Notables of the Libyan Tribes announced on Monday its complete rejection of Turkish actions in Libya. The council stressed that the border is a red line and should be liberated from the “Ottoman occupier”, as described in the official statement.

The council also welcomed the Egyptian and Arab support against the Turkish occupation of Libya, adding that it considered Turkey to be depleting the wealth of the Libyans.