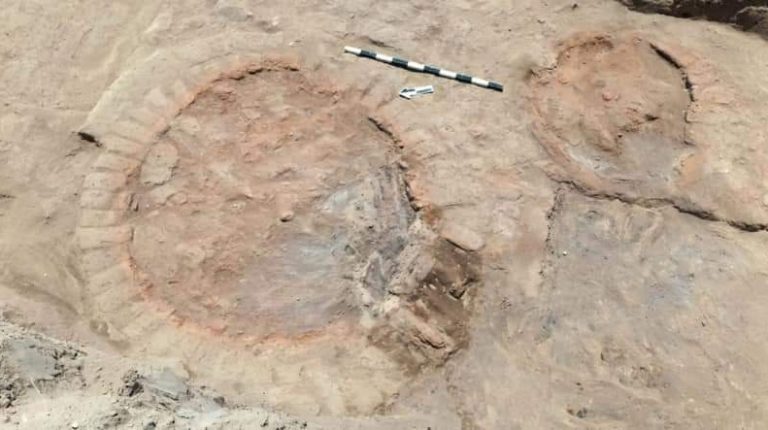 A number of circular-shaped mud brick kilns dating back to the Roman Empire have been unearthed in Luxor, the Ministry of Tourism and Antiquities announced on Monday.

The kilns, which were discovered along with a huge mud wall also dating from the Roman Empire, bear burn marks, the ministry said.

Mostafa Waziri, Secretary-General of the Supreme Council of Antiquities, said the discoveries were made by an Egyptian mission during restoration work of Luxor’s Kebash Road, one of the largest ancient walkways.

Waziri added that these ovens might have been used to make pottery. He noted that the wall was found in the western part of the Kebash Road at the Temple of Khonsu, within the precincts of Karnak Temple.

The wall is 2.5 metres high and 3 metres in width, and consists of 17 courses of mud bricks. The mission has also uncovered a wall that was built from three horizontal rows of sandstone blocks. The wall was an extension of another wall which was built to protect the eastern bank of the River Nile from the changing water levels during the flood season.

This wall extends for about 3km, from the front of Karnak Temple in the north to the Luxor Temple in the south, along the Kebash Road.

In 2017, Egypt started prospecting work along the Kebash road area as part of a road rehabilitation project. It also aimed to reveal evidence of hidden sphinxes with ram-heads, for which the Temple at Luxor is famed. The work comes in preparation for its upcoming opening as the longest open-air museum in the world, with 1,200 statues lining both sides of a 2.7km-long road.