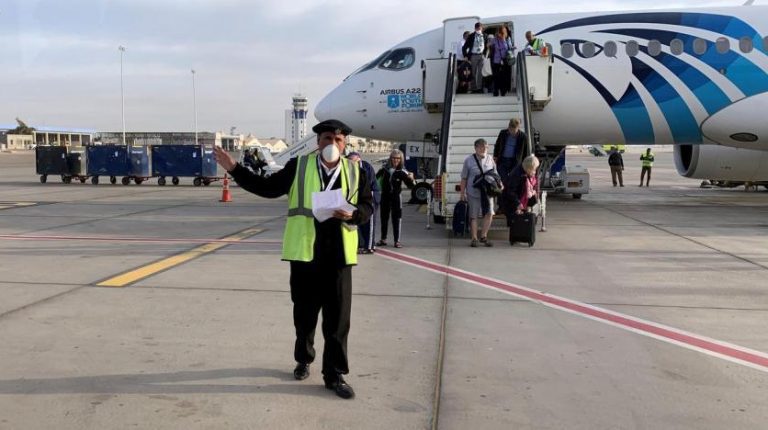 A total of 1,360 Egyptian expatriates stranded in Kuwait have returned to Egypt on eight flights, Kuwait’s Directorate General of Civil Aviation said on Monday.

Also on Monday, Haitham Saad El-Din, Spokesperson for Egypt’s Ministry of Manpower, said that the returning Egyptians are labourers stranded in Kuwait due to international flight suspension.

Kuwait suspended flights to and from Egypt at its airports in early March, due to the novel coronavirus (COVID-19) pandemic, with Egypt also closing its airports to international flights on 19 March.

The flights were operated by a range of airlines, including Air Arabia Egypt, Air Cairo, Jazeera Airways, and Kuwait Airways.

About 57,000 Egyptian expatriates stranded abroad have been repatriated on 315 flights since the start of the global pandemic, according to Minister of Civil Aviation Mohamed Manar Enaba last week.

Egypt began repatriating its citizens stranded in Kuwait in May, after hundreds of Egyptians urged the government to help them return home after the suspension of international flights.

As of 6 June, Egyptian nationals arriving back in the country are no longer obliged to undergo a 14-day quarantine period at hotels or university dormitories. Instead, they must sign a consent form to undertake the 14-day isolation at home.

In April, Egypt began a large-scale repatriation exercise to bring its citizens home and pledged to repatriate all Egyptians stranded abroad due to the coronavirus pandemic.