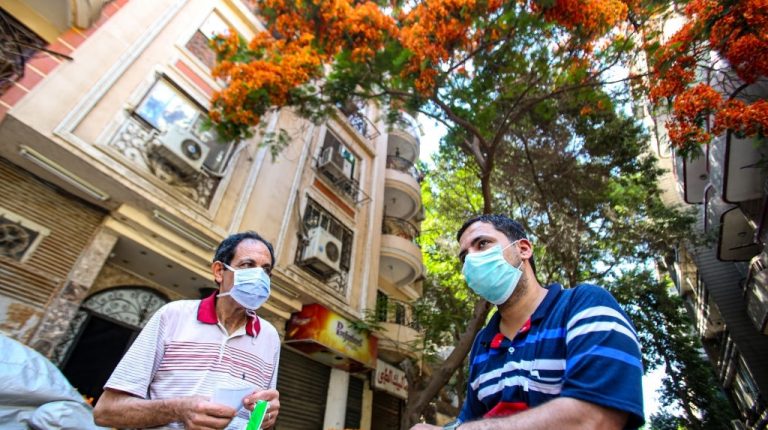 The Ministry of Health reported on Saturday 1,168 new coronavirus (COVID-19) cases and 88 new fatalities. The new figures have raised the country’s total confirmed cases to 63,923, and 2,708 fatalities. A total of 17,140 have recovered and been discharged from hospital.

The government’s plan for coexistence with the virus, which will see the country gradually and cautiously return to normal life, came into effect on Saturday.

The nationwide night-time curfew, which was first imposed on 25 March alongside a series of other measures to curb the spread of the virus, was lifted for the first time in three months. The curfew’s lifting comes amid fears of a surge in the number of cases.

At dawn on Saturday, Muslim worshipers were, also for the first time in three months, allowed to head to mosques for the Fajr (dawn) prayer, the first of the daily Islamic prayers. Photos have circulated showing worshipers wearing face masks whilst adhering to social distancing measures.

Restaurants, coffee shops, sports clubs, cinemas, theatres, and some cultural and social venues also opened their doors on Saturday to receive visitors. They will only be allowed to serve a maximum capacity of 25%, with safety a priority and precautionary measures still in place.

Face masks are still obligatory in public areas, with violators to be fined between EGP 300 and EGP 5,000.

Also on Saturday, the Coptic Orthodox Church said that it will postpone the reopening of churches in Cairo and Alexandria until mid-July, due to the higher infection rate levels in both cities compared to other areas.

It added that Bishops will be allowed to decide, alongside the council of priests at each diocese, whether to resume prayers under strict precautionary measures. They will be given the choice to continue closures for a further two weeks or more, depending on the health situation.

Meanwhile, MP Haitham El-Hariri announced in a Facebook post on Friday that he has tested positive for the coronavirus. El-Hariri joins a list of MPs who have contracted the virus recently.

Some quarantine hospitals in Egypt have begun treatment for critical cases of the coronavirus using the antiviral drug, Remdesivir, according to CEO of Eva Pharma Riad Armanious.

On Friday, Armanious said that quarantine hospitals received the first batch of 1,100 packages that were donated to the hospitals affiliated to the ministries of health and higher education.

Egypt repays over $20bn worth external debts in 4 months

Egypt to borrow EGP 600bn through T-bills, T-bonds in 3 months