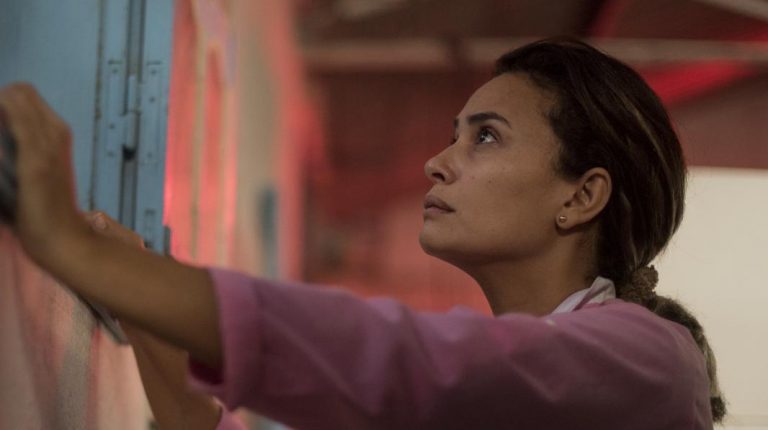 The Arab Cinema Centre has announced the winners of the 4th Critics Awards for Arab Films, which took place virtually on the sidelines of this year’s Cannes Film Festival.

The film revolves around protagonist and titular figure, Noura, who is working hard to achieve her dream while fighting against many challenges, including those presented by her abusive husband.

The award is Sabry’s third win for the role, with the actress also awarded Best Actress at the 2019 Carthage Film Festival and the 2019 El Gouna Film Festival.

The documentary captures the warm camaraderie, energy and humour between four men as they attempt to reopen a large open-air cinema in a provincial Sudanese town.

Although filmmaker Suhaib Gasmelbari includes fragments of the men’s lives, Talking About Trees is not a documentary about the history of Sudanese cinema. It is, instead, about the men’s present day lives, with Gasmelbari adding the film poignantly presents “all these images that were prevented from being and the desire that remains inside them.”

Satirical Palestinian film It Must Be Heaven, which won in the Best Film and Best Director categories, is the latest by director Elia Suleiman.

The semi-autobiographical film follows a man as he travels from Paris to New York seeking a new home, only to find similarities with his own homeland wherever he goes.

Sudanese feature, You Will Die at 20, won the Best Screenplay Award. The film’s plot is a metaphor for the conditions in Sudan under the rule of former president, Omar Al Bashir. Based on a short story by Sudanese writer and activist, Hammour Ziada, the film follows a young man who is told that he will die at 20, causing an early life crisis that to break all social taboos.

The winners of the Annual Critics Awards are usually announced during a ceremony held on the sidelines of the Cannes International Film Festival. As the Cannes festival was cancelled due to the ongoing novel coronavirus (COVID-19) pandemic, the announcements were made online between 22 and 26 June, instead of at a physical awards ceremony. The nominees for the Critics Awards for Arab Films were chosen by over 140 Arab and international film critics from 57 countries.

After winning ‘Personality of the Year’ ACC, Tunisian Latiri: ‘It is a challenge I hope I can really meet’