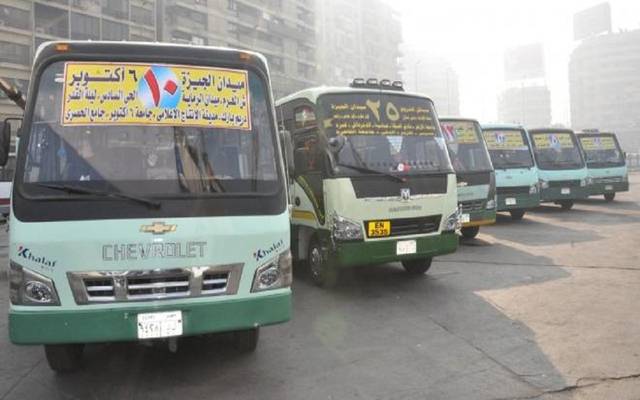 Several public transportation companies operating in Egypt have been facing a potential halt in business following successive losses due to the novel coronavirus (COVID-19) pandemic.

The companies said the difficulties have come as a result of the Public Transport Authority’s (PTA) intransigence in looking into their demands. They note that there has also been a failure to provide a package of facilities easing the circumstances for the companies given the state-imposed restrictions and precautionary measures.

The companies have previously emphasised that government measures to curb the spread of the virus have cost them large financial losses. Over half of the companies have been forced to ground their fleets due to the PTA’s refusal to renew the licences of these companies’ vehicles.

One of the potential consequences of the grounded fleets includes companies having to stop business due to the insurmountable challenges they face.

The public transportation companies added that the state-imposed curfew and commensurate exceptional circumstances imposed on public and private sector employees has worsened the crisis.

With the severe restrictions and fines imposed by the PTA on these companies, the situation has now reached a dead end.

The affected companies have stressed that these measures have cost them significant material losses as a result of the loans they obtained from Egyptian banks to conduct their business. This, in turn, has led to a decline in their revenues of over 80%, due to reduced passenger numbers and the curfew.

The companies added that, despite the facilities and privileges granted to the PTA by the authorities, including the allocation of EGP 40m, the authority has not provided enough support to the companies.

This includes a failure to meet the companies’ demands for a final exemption from the value of the monthly ration, fines and penalties for a six month period until the end of the pandemic. The companies also demand that the PTA must provide the necessary support for the companies to maintain their employees.

The public transportation companies have on several occasions asked to meet with officials responsible for this file, whether in the PTA, the Cairo governorate, or the cabinet. The companies have also demanded a package of economic measures and facilities as one of the sectors most affected by the spread of the virus. These demands have, so far, not been met.

The companies indicated that they were surprised by letters and warnings from the PTA that the prescribed monthly fees should be paid in advance.

In turn, they have addressed the PTA, Cairo governorate authorities, and the cabinet to consider their demands. The transportation companies say that no response has been given on these demands.

The PTA has demanded an urgent and immediate meeting with Cairo Governor Khaled Abdel-Aal for his intervention in solving the problems.