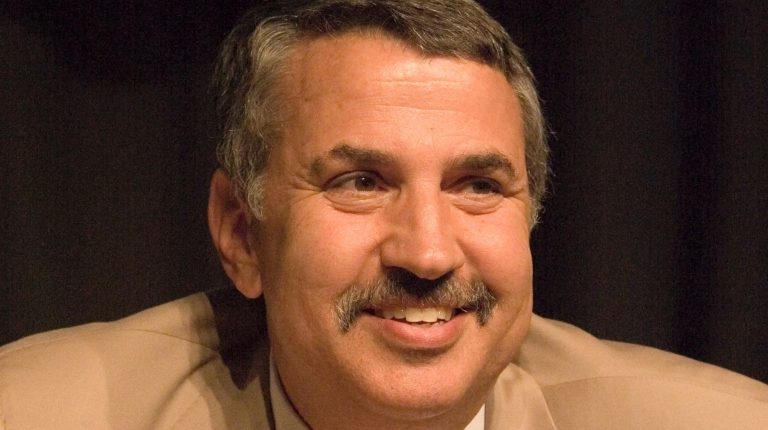 American author and journalist, Thomas Friedman, said that US policy towards the Middle East will differ if the Democratic Party’s presidential candidate, Joe Biden, wins the upcoming elections in November against Donald Trump.

The comments by the New York Times journalist were made during a videoconference meeting held by the American Chamber of Commerce in Cairo.

He stressed that current Republican President Donald Trump is unusual for his lack of involvement in Middle East issues. Friedman added that, should Biden win the upcoming elections, US foreign policy towards the region will not be as deep as it was in the 1980s and 1990s, but will be more normalised diplomatically in major cases such as Palestine-Israel conflict, Libyan crisis, and Ethiopia’s GERD.

The limited US role in the region is mainly due to the Trump administration’s focus on addressing critical issues domestically. This is especially in light of the demonstrations that followed the brutal killing of an African-American man in May, and the continued spread of the novel coronavirus (COVID-19).

Friedman believes that the situation might change after the US presidential elections scheduled for November this year.

He said that one of the most important advantages of the US-China relationship is achieving global peace and development. He warned that a potential “divorce” will pose a threat to the global economy’s ability to reach peace.

He added that China has proven to be more efficient at dealing with the crisis, unlike the US administration, which has blamed China for its part in the coronavirus pandemic.

Friedman added, “I think the region has experienced many years of instability, and that Trump’s win for another term would make matters worse in the region.”

He added that US policy in the Middle East has much to do with the incumbent president and their administration, and Trump’s view on US foreign policy.

“I have been working as a journalist for nearly 40 years, and in every event I was covering, I heard the statement that the world will not return to the way it was, considering that the period from 1979 to 2020 is one of the most ‘epic’ periods in the international economy,” Friedman said. “There has been more than one geopolitical pandemic, such as the 11 September incident, and the global financial crisis in 2008, and another climate change pandemic, throughout a period of 20 years.”

Friedman explained that during that period, the US and China gradually moved towards one economic system, although there are deep concerns about relations between the two countries.

He explained that the increasing globalization was one of the most important factors that contributed to the increase in the spread of the coronavirus, as the world has become more connected.

Friedman pointed out that nearly 3,200 flights flew between China and the US in the period between December 2019 and the beginning of the pandemic.

Angry US protests continue amid accusations of political hypocrisy