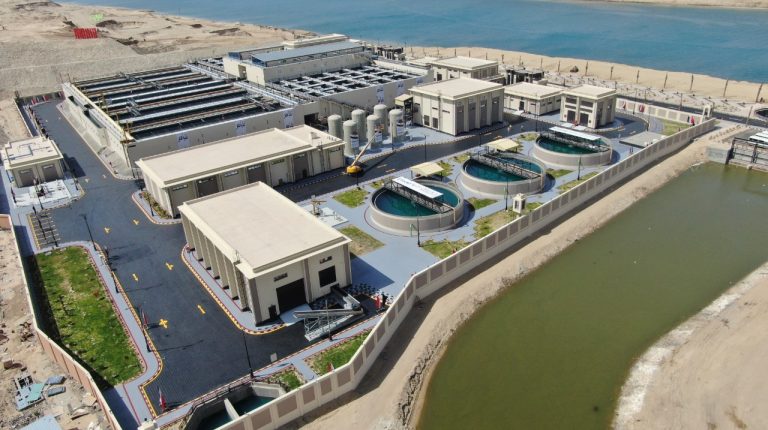 The plant was launched by Metito, a Hassan Allam joint venture under the supervision of Egypt’s Armed Forces Engineering Authority.

The $100m project, built on an area of 42,000 sqm, was inaugurated by President Abdel Fattah Al-Sisi in April. It holds a daily capacity of 1m cbm/day, making it the world’s biggest agricultural drainage treatment plant for water recycling and reuse.

Al Mahsamma has been recognised for its contribution to conserving the natural ecology of the Al Temsah Lake, located west of the Suez Canal, which has been impacted by wastewater disposal.

The project’s capacity to produce irrigation for 70,000 feddan of land in Sinai was also highlighted in the award. It ties in with the Egyptian government’s efforts to strengthen the Sinai Peninsula’s economic activities, by creating sustainable urban communities and job opportunities in the area.

Aside from its major contribution to support the country’s progressive approach towards water security, the project also resonates with the bigger water agenda of UN’s Sustainable Development Goals (SDG). These include providing clean water and sanitation and developing sustainable cities and communities.

Karim Madwar, Managing Director for Metito Africa, said, “The Al Mahsamma project relies on integrating the latest technologies in the various stages of water treatment, recycling and reuse as well as utilising digital and information technology to monitor operations around-the-clock to ensure optimum operations and full compliance with the international water quality standard.”

Mohamed El Dahshoury, CEO of Hassan Allam Construction, said, “Water is a human right and it is essential to work on developing projects that achieve water security and conserve natural water resources”.

El Dahshoury added, that the company is keen on participating in national development projects and that Al Mahsamma project was completed in record time. It logged 2.5m safe man-hours, in which around 1m cbm of land was dug to build tunnels.

The project is expected to garner further global recognition due to its importance, and for being one of the most sustainable mega projects of its type in the region.

The Al Mahsamma plant was named “Infrastructure Project of the Year” in 2019 by the Construction Innovation Awards. It has also been shortlisted for the Wastewater Project of the Year award at the Global Water Awards, one of the most important awards in the field. The results are set to be announced at the Global Water Summit in Spain after the end of the global health crisis.