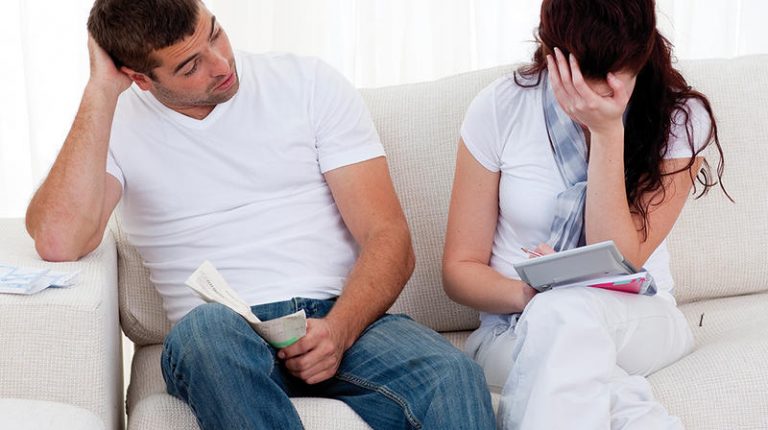 A new survey by the Central Agency for Public Mobilization and Statistics (CAPMAS), released on 20 June, shows that many Egyptian families have suffered a crippling financial hangover since the February onset of the pandemic.

Overall, 73.5% of Egyptians say that they have experienced an evident reduction in household income caused by the pandemic.

The health crisis has also put families under increased strain, with 50% reporting they have had to borrow money to stay financially afloat.

A total of 17% reported that they are relying on financial help from charities, whilst 5.4% have turned to the EGP 500 financial aid disbursed by the government for irregular workers.

It also showed that 60.3% of respondents saw their incomes suffer on the back of precautionary measures, with 35.5% were laid off or furloughed. Income-generating activities saw a slump of 31.5% because of drop in demand.

In order to bring spending in line with reduced income, 92.5% of families have turned to scrimping on food, instead resorting to surviving off cheap food. The study also shows that a total of 89.8% have cut down their weekly meat consumption.

What do experts say?

Some experts have questioned the accuracy of the CAPMAS figures. Economic expert Rashad Abdo told Daily News Egypt that the figures bore little relation to reality and exaggerate the size of the pandemic’s effects.

Although there is suffering, Abdo says it does not loom as large as reported, adding that this “is why the government took certain actions to absorb any negative unintended consequences.”

However, economic expert Medhat Nafie said the figures line up with the current situation, although he doubted the data’s accuracy. He believes that the real figures could, in fact, be greater than those reported.

Nafie pointed to the difficulty of collecting and processing data given the current circumstances, emphasising that a large part of the Egyptian economy is informal, which limits the accuracy of figures.

Hoda El-Mallah, Director of the International Center for Economic Consulting and Feasibility Studies, said the figures reflect how the pandemic has paralysed many economic activities, notably tourism and industry. Therefore, many workers were vulnerable to layoffs and others have taken a pay cut, she added.

In March, President Abdel Fattah Al-Sisi allocated EGP 100bn emergency package, or about $6bn, to mitigate the adverse effects of the coronavirus.

The government also lowered natural gas prices to $4.5 per million British thermal units (MBtu) for the country’s industry sector. The electricity tariff was also cut by 10 piasters for ultra-high, high, and medium voltages, in addition to holding down prices for other industrial applications over the next three to five years. Meanwhile, the government suspended taxation on agricultural land for two years.

The relief decisions also included providing EGP 1bn (about $61,886m) to exporters in March and April, as part of their subsidy arrears, with an additional 10% cash payment in June.

Furthermore, the real property tax payment on factories and tourist facilities has been deferred for three months.

The Central Bank of Egypt (CBE) announced that it would be increasing the amount allocated for its initiative renovating hotels and tourism transport fleets. The initiative will see EGP 50bn (about $3bn), instead of EGP 5bn (about $309m), with declining interest of 8% for a maximum of 15 years.

The CBE has also directed EGP 20bn investment to the Egyptian Exchange (EGX), in addition to delaying instalment payments due to banks for six months. The decisions include  reducing stamp duty surcharge for trading stocks and taxing capital gains realised from stocks at a lower rate of 5%.

All spot transactions have been exempted from stamp duty, and a permanent tax exemption on capital gains has been granted for all non-residents until 1 January 2022.

President Al-Sisi has ordered for the fixed medical allowance to be increased by 75%, alongside the setting up of a risk fund for all healthcare workers. This comes in addition to paying five overdue bonuses to 2.4 million pensioners, at a total of EGP 28bn (about $1,732bn) starting from July 2020.

In April, Minister of Finance Mohamed Maait revealed another slew of effective measures to crowd out government investments. This saw an additional $10bn (about $618,756m) allocated to generating new job opportunities, with over EGP 2bn (or about $123,751m) allocated to exporters to pay their late dues.

Maait announced that work is underway to procure strategic commodities by importing 1.6m tonnes of wheat. About EGP 15bn would also be allocated for the immediate purchase of domestically grown wheat, with an additional EGP 1bn  allocated per week to prop up the country’s ration cards and subsidised bread system.

Minister of Manpower Mohamed Safaan announced the allocation of EGP 500 per individual for over 1.5 million irregular workers as financial aid. The aid, which will be given out on a monthly basis over three months, will act as emergency aid to cover those left unemployed by precautionary measures.

Safaan added that the Contingency Fund for Emergencies would pay the salaries of 900,000 regular workers in the tourism sector. The sector is one of the worst hit by the ongoing global health crisis, with revenues suffering a steep drop since March.

In May, the Ministry of Finance announced that Egypt clinched $5bn in bonds over three tranches in its biggest-ever international bond offering since November 2019. It also said that it had undertaken an EGP 2bn loan to support Egypt’s civil aviation industry.

However, Maait said during a press conference in early June that state revenues faced a dramatic decline of EGP 123bn in three months. He vowed to enact austerity measures, should the crisis go on further.

The minister anticipates that the budget deficit will rise by 7.8% compared to 6.3% in the basic budget scenario for fiscal year (FY) 2020/21. The debt-to-GDP ratio is set to reach 88%, compared to 83% in the actual scenario.

At the same time, the CBE announced that Egypt’s foreign exchange reserves fell by $9.4bn in three months to stand at $36bn at the end of May.

It seems, however, that a provisional solution was on hand, as on 27 June, the International Monetary Fund (IMF) approved Egypt’s request tendered in April for emergency financial assistance worth $5.2bn.

Despite the state-imposed precautionary measures to curb the further spread of the coronavirus, Egypt has been in grave need of opening up the economy. As a result, the government decided to lift restrictions and resume economic activities on 28 June.

Will the economy recover?

The economy will not fully recover unless a vaccine is found, Abdo said. “The world is now heading to reopen economies and coexist with the virus, as it will last a long time,” he added.

He called for encouraging domestic production, branding it as “the only safe source.” Nafie also urged the government to fix energy used in industry at low prices, in addition to facilitating licence issuance, offering customs duty concessions and providing protection against dumping.

Meanwhile, El-Mallah advised that the country has to make use of trained Egyptian expatriate workers who have returned home, and their capabilities. This would ensure that production at factories will closed as part of government measures, are able to restart.

She also called for support for local production, as many factories rely on intermediate production inputs, and because of the temporary suspension of imports, they have shut down.

El-Mallah emphasised the importance of financing for small- and medium-sized enterprises (SMEs), to speed up the development process.

“Egypt has an opportunity for a V-shaped recovery,” Nafie said, adding that the virus has driven the global economy into a meltdown.

He noted, however, that it means the Egyptian economy could bounce back quickly as economies have now become equalised in the face of the virus.