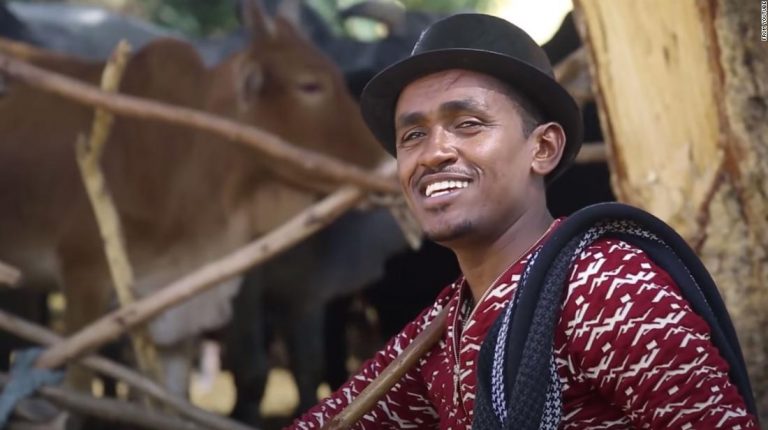 At least 50 protesters and security force personnel were killed during deadly protests in Ethiopia on Tuesday, Reuters has reported.

The 34-year-old popular singer, songwriter, and activist, known for his political and revolutionary songs, was shot dead on Monday evening in a suburb of the Ethiopian capital, Addis Ababa.

At least 80 were injured in the protests that have spread across Oromia region in Ethiopia. Others were arrested, including prominent Ethiopian politician and member of the opposition Oromo Federalist Congress Party, Jawar Mohammed.

Internet access across Ethiopia was cut on Tuesday, according to a Tweet by Netblocks, an internet-monitoring NGO.

Also on Tuesday, Ethiopia’s Prime Minister Abiy Ahmed expressed, via Twitter, his condolences over Hundessa’s death. Ahmed called the singer’s killing “an evil act”, and added that an investigation into the circumstances surrounding Hundessa’s death is currently underway.

“This is an act committed and inspired by domestic and foreign enemies in order to destabilise our peace and to stop us from achieving things that we started,” Ahmed tweeted. He also urged Ethiopian citizens to keep the peace.

Ethiopian Police said, on Tuesday, that a number of people were killed and injured in three deadly blasts in Addis Ababa.

He was considered a voice of his people, speaking up about their political and economic marginalisation. Hundessa’s songs inspired three years of sustained mass protests that led to the 2018 resignation of previous Prime Minister Hailemariam Desalegn.

The singer and activist had been also jailed for five years, at aged 17, over his participation in protests. In order to honour his extensive work and activism, Hundessa was chosen as OPride’s Oromo Person in 2017.

“In picking Hachalu as our person of the year, we are honouring not only the gallant generation whose hearts he speaks to with his bold lyrics but also his mother, as well as his hometown, Ambo, the indomitable bastion of Oromo resistance against successive Ethiopian rulers, a place worthy of all honours in and of its own rights,” OPride.com said at that time.

Sarah Jackson, Amnesty International’s Deputy Regional Director for East Africa, the Horn and the Great Lakes, said on Tuesday that authorities in Ethiopia must conduct prompt and independent investigations into Hundessa’s killing.

“There must be justice for the killing of Hachalu Hundessa,” Jackson said, “The musician’s songs rallied the country’s youth in sustained protests from 2015 leading to the political reforms witnessed in the country since 2018.”

Earlier in October 2019, dozens were killed in protests that erupted against Ahmed, in solidarity with Ethiopian politician Jawar Mohammed who accused Abiy “of acting like a dictator”.

Ahmed won the 2019 Nobel Peace Prize “for his efforts to achieve peace and international cooperation, and in particular for his decisive initiative to resolve the border conflict with neighbouring Eritrea”.

In March 2020, Ethiopia postponed parliamentary elections scheduled for August due to the novel coronavirus (COVID-19) pandemic. In June, the Ethiopian Parliament extended Ahmed’s mandate as prime minister for an additional year.