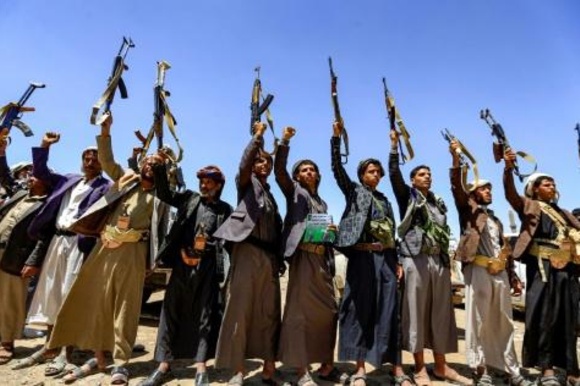 Egypt has condemned attacks carried out on Friday by the Iran-backed Houthi movement in Yemen on Saudi territories.

The Houthi movement had launched four drones loaded with explosives towards Saudi Arabia, but the drones were intercepted and destroyed by air defence forces of the Saudi-led coalition in Yemen.

The drones were intercepted over territories under Houthi control, before they had reached Saudi Arabia’s southern regions, according to a statement from the Saudi-led coalition.

In a statement on Friday night, Egypt’s Ministry of Foreign Affairs declared its support of the Saudi measures to protect its national security. It also affirmed that such attacks will only result in the escalation of the situation and increase tensions.

Egypt has stressed the necessity for responding to all ceasefire calls for reaching a settlement in Yemen, in accordance with the relevant references. This comes particularly in terms of the 2011 Gulf Cooperation Council (GCC) initiative to resolve the situation in the country, and the outcomes of the comprehensive national [Yemeni] dialogue, and Security Council Resolution 2216.

Saudi Arabia has, since March 2015, been in the Coalition for Supporting Legitimacy in Yemen following the Houthi coup in September 2014. The coalition includes many Saudi allies, including the UAE, Bahrain, Pakistan, Kuwait, and Egypt, among other countries.