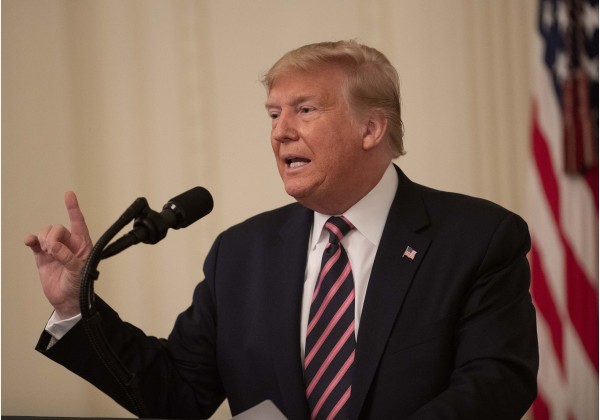 In a White House speech on Saturday to mark Independence Day on 4 July, US President Donald Trump repeated the vow to defeat the “radical left”.

During his speech, President Trump also condemned recent protests against monuments to historical figures as attempts to destroy the country, the Reuters news agency reported.

Trump also claimed that 99% of novel coronavirus (COVID-19) cases in the US were “totally harmless”, although no evidence was presented during his speech to support the claim.

Many states across the country have, in fact, reported a record number of new infections. In Texas alone, 7,890 patients were hospitalised following 238 new admissions over the previous 24 hours.

Trump, who has faced criticism over his handling of the pandemic, said China must be “held accountable” for failing to contain the virus.

The Trump administration held a fireworks display over the National Mall as night fell following the president’s speech. The display came despite Washington Mayor Muriel Bowser’s warnings that the event, which would see crowds gather, would defy health official guidance for the pandemic.

Millions of Americans have been demonstrating against police brutality and racial inequality since the 25 May killing of George Floyd, a 46-year-old African-American man in Minneapolis. Floyd died after a white Minneapolis police officer knelt on his neck for nearly nine minutes.

In addition to achieving police reforms in some cities, some protesters have removed Confederate statues and other symbols of the US’ legacy of slavery.

White House staffer tested COVID-19 positive was not ‘near’ Trump