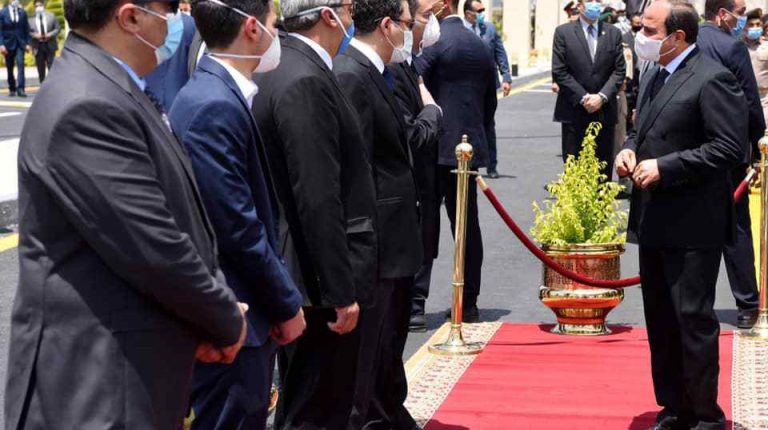 A military funeral for the late Minister of State for Military Production Mohamed El-Assar was held on Tuesday at the Al Musheer Tantawi Mosque in the Fifth Settlement area of Cairo.

El-Assar died on Monday at the age of 74. His passing was mourned by the Office of the Presidency, the General Intelligence Directorate, the Armed Forces, Egypt’s parliament, as well as ministers and public figures.

Al-Sisi described El-Assar as “a unique statesman who defended his homeland during very critical periods”.

British Ambassador to Egypt Sir Geoffrey Adams offered his condolences to the Egyptian government and to El-Assar’s family.

In late June, Al-Sisi promoted El-Assar to the honorary rank of Lieutenant-General and granted him the Nile Sash.

El-Assar was born on 3 June 1946, and studied at the Military Technical College receiving a Bachelor of Engineering in 1967. He went on to gain a Masters degree and PhD in Electrical Engineering.

He served as Adviser to the Minister of Defence for technical research and foreign relations before his 2015 appointment as Minister of State for Military Production.

El-Assar’s public face emerged after the 25 January Revolution in 2011 as a result of his role with the Supreme Council of Armed Forces (SCAF). The council governed Egypt from 11 February 2011 until presidential elections in June 2012, following the toppling of former president Hosni Mubarak.

As a member of SCAF, he was responsible for the foreign relations file, communication with media and political powers. El-Assar was one of few SCAF military generals of 2011 who retained prominent positions through the years and post-2013.

In July 2011, he led Egypt’s military delegation that travelled to the US to hold strategic talks and meetings with prominent figures from the American Research Center in Egypt, the United States Institute of Peace, and research centres at Washington DC’s National Defense University.

El-Assar also played a prominent role during and after the 30 June Uprising that saw the removal of the Muslim Brotherhood government. In this period, he promoted talks with Russia and France on strengthening relations in military cooperation.

Over the five years in which he held his post as Minister of State for Ministry Production, Al-Assar expanded its cooperation with other ministries. He also enhanced cooperation through co-industrialisation agreements with many countries, such as South Korea, Belarus and Portugal.