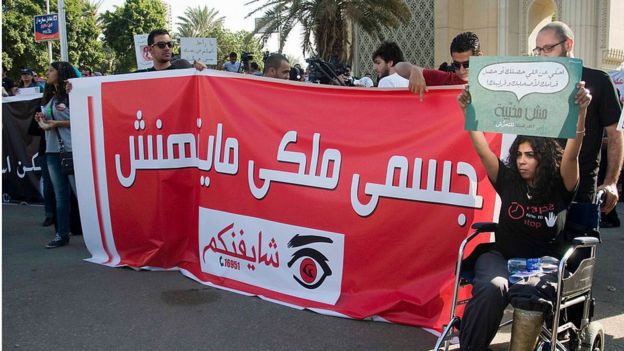 Egypt’s Public Prosecutor Hamada El-Sawy ordered, on Monday, the pre-trial detention of Ahmed Bassam Zaki over investigation into accusations of attempted sexual assault of several young women, including a minor.

In a statement, the public prosecution said the alleged assailant is accused of attempting to assault and indecently assault two girls, as well as forcing and threatening a third girl into indecent acts. The prosecution added that one of the victims was under 18 years old.

The prosecution’s statement added that the defendant is also accused of: sextortion; blackmail; harassing girls through communicative devices; violating the victims’ private lives; violating the values of society; and extensively sending messages to survivors against their will.

A young woman, who had previously submitted an online complaint against the alleged assailant, was also questioned by the prosecution. In her statement, the victim accused Zaki of blackmailing her in November 2016 and threatening that he would tell her family that she “use[d] drugs and practice[d] prostitution” if she had not met his sexual demands.

The girl presented evidence of WhatsApp messages, which showed Zaki blackmailing her, the prosecution said.

It further questioned four girls and a female minor, all of whom filed reports against Zaki, accusing him of luring them to his residence and other places. The accusations include indecent assault, attempting to sexually assault them, as well as sextortion.

The prosecution interrogated Zaki and he admitted that he got to know six girls on social media. However, he claimed that the girls “sent pornographic photos of themselves and that he blackmailed them if they cut off [relations] with him, he would inform their families.” He denied other charges.

The prosecution is investigating further allegations made against the alleged assailant and circulated on social media, as well as incidents and recordings attributed to him. These include his threats, blackmail, and sextortion of girls, the prosecution noted.

Amal Abdel Moneim, Director of the National Council for Women’s (NCW) Complaints Office, said, on Monday, that some young women who have reached out to the council over the alleged assailant were as young as 16 years of age.

Some of victims have resorted to the public prosecution, whilst others are consulting with their families before making their final decision, Abdel Moneim said in televised remarks on DMS TV channel.

On Tuesday, the NCW said that it has received 400 complaints in just five days regarding different forms of violence against women.

The NCW urged Egyptian women and girls to head to the public prosecution if they faced any form of violence, in order to seek punishment for assailants.