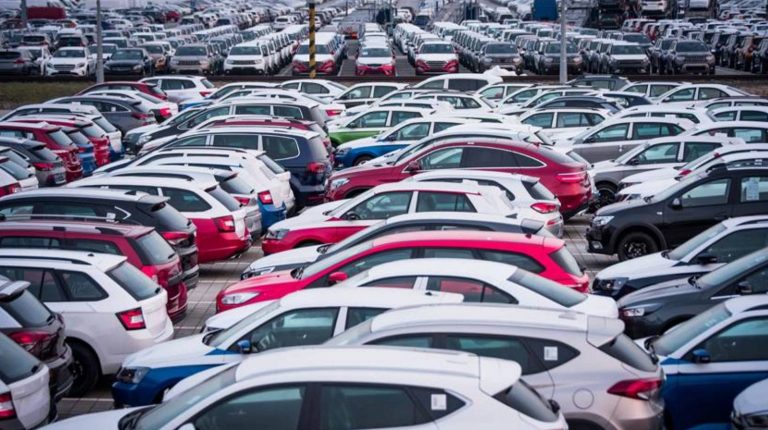 The Egyptian car market has seen a decrease in the quantities of vehicles offered during July due to the negative repercussions of the novel coronavirus (COVID-19) crisis.

The decrease in supply comes off the back of some agencies stopping the delivery of quotas to distributors due to late shipping from the parent companies.

Factories worldwide have, for over three months, stopped production to limit the coronavirus’ spread, which has had the knock-on effect of causing a shortage of supply in some imported brands. This includes Nissan, Seat, Citroen, Fiat, Renault, Opel, and Peugeot, with distributors unable to keep their stocks up.

Despite the resumption of work at factories worldwide, production is still insufficient to meet international demand because of reducing capacity to 50%.

Karim El Naggar, Chairperson of Kayan International Trade, and Egyptian Automotive and Trading Company, said that his two companies have reduced their distributors’ shares due to the halt in production at factories run by parent companies for over three months. This has led to the decline of car imports and sales.

The significant disruptions have led to new models and previously contracted deliveries being postponed. However, El Naggar denied the possibility of more postponement of car shipment deliveries, particularly as the company has started delivering new models in March and April.

He noted that delivery delay of some models to distributors will not significantly affect these models’ market share, or their position among competitors. The negative impact of the coronavirus pandemic has caused fluctuations in local and global market conditions, weak consumer purchasing power, and slow sales, he added.

El Naggar stressed that his two companies are endeavouring to maintain their market share this year, and are working to increase it.

He ruled out that the delay in car deliveries to distributors and dealers would prejudice vehicle prices for the coming period. Instead, he pointed out that the change in pricing policy is subject to the exchange markets, and in light of the rise or fall of foreign exchange (FX) rates against the Egyptian pound.

Ankush Arora, Chief Operating Officer (COO) at Mansour Automotive, said the March halt in production at Opel and Peugeot factories in France has led to delayed delivery of contracted shipments. This in turn has reflected in the reduced volume of supply for these models in the Egyptian market.

Arora added that the consequences of the production disruptions at European factories have reflected on delivery delays to distributors and merchants in the Egyptian market in June. This excludes the emergence of the same problem in shipment deliveries in the coming months, especially with the resumption of production at parent company factories in France on 10 June.

He pointed out that delaying the delivery of agents’ shares from Opel and Peugeot has resulted in a decrease in the volume of sales of the two brands.

“Until and unless there is a price increase from the manufacture or impact due to weakening of the Egyptian pound, the end of the day supply and demand is a function of the whole, and not a basis for our own availability,” Arora added.

Ahmed Ghorab, Director of B Auto, a car trading company, said that the disruption to shipping operations is the most important reason for the delays in receiving contracted car shipments. The delays come off the back of closures at some ports and customs outlets, and the suspension of work at some shipping companies who have put in place precautionary measures to counter the spread of the coronavirus.

He added that the current crisis has caused delayed shipment arrivals of some European brands such as Skoda, Seat, Peugeot 301 and 3008, Fiat Tippo, and Toyota Corolla. This, in turn, has hampered the agents from making the regular delivery of monthly vehicle quotas to distributors.

With the shipping delays and depressed supply, customers could lose out on purchasing a certain car due to its lack of availability. An added challenge is the possibility of convincing a customer of buying an alternative car.

Ghorab added that the delay in arrival of some imported models will support their sales and raise that model’s market share, especially if distributor reservation lists for those models lengthen. Increased consumer demand will, down the line, reflect on the volume of sales when the shipments arrive.

He denied the recurrence of irregular monthly quota deliveries during the coming months, as many international factories resume production and regular shipping operations return.

Ghorab noted that the delayed shipments will arrive at the end of June and early July, with the delays not affecting final prices, which are only changed if the cost of cars from factories rise.