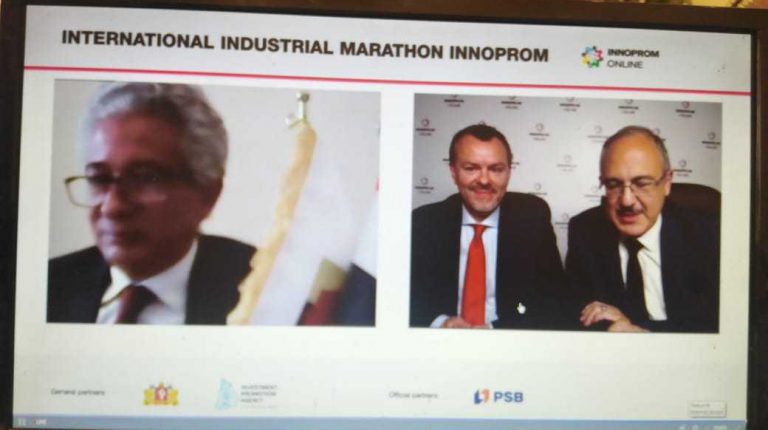 Egypt’s exports are likely to rise 2% in the first half (H1) of 2020, against a 20%-30% decline worldwide, according to Alaa Ezz, Secretary-General of the Union of African Chambers.

Ezz’s comments came during his speech, on Tuesday, at the virtually-held International Industrial Marathon (Innoprom). During the conference, discussions were held on the influence of the novel coronavirus (COVID-19) pandemic on the crisis in African trade relations to the world and Russia.

He said that nearly two thirds of African countries are net importers of basic food commodities, and crisis-induced shortages could severely impact the availability in these countries.

Pharmaceuticals and protective equipment are imported largely from Europe and other coronavirus-affected countries. As global demand for these products sharply rises, price hikes can lead to reduced availability for Africa which is economically weaker and less able to meet price demands.

Ezz also noted that African countries import around 90% of their pharmaceutical products from outside the continent. The ongoing global health crisis has resulted in mass shutdowns of production facilities and disruptions to the supply chain.

These have come on the back of port closures in China and elsewhere, causing ripple effects in a rare “twin supply-demand shock”, Ezz added.

He stressed that Africa is confronted with a double supply and demand shock arriving in three successive waves. A first wave has come from China, through weakened trade channels and lower foreign direct investment (FDI) in the immediate term.

Ezz explained that China forms over 20% of trade with Africa, with up to 98% of South Sudan’s trade dependent on the country. China also accounts for 16% of FDI in the continent, followed by USA and France with 8% each, and the UAE at 6%. Due to ongoing conditions attributable to the coronavirus crisis, all trade and investments have practically ground to a halt.

Ezz said the second wave comes from Organisation for Economic Co-operation and Development (OECD) countries, due to the slump in EU demand associated with the lockdown and halt in tourism. The EU constitutes 30% of African trade, and up to 80% of trade in Tunisia.

“Finally, a third wave could come from the shock on internal demand and the slowdown of intra-African trade,” Ezz said. “The shock to internal demand will be driven by disruptions in household and business spending, and will particularly hit countries affected by strict confinement measures.”

He noted that travel restrictions and eventual business shutdowns will hamper regional sourcing, which currently stands at below 15%. This will, in turn,  endanger cross-border informal trade, which is estimated at about one-third of Africa’s trade.