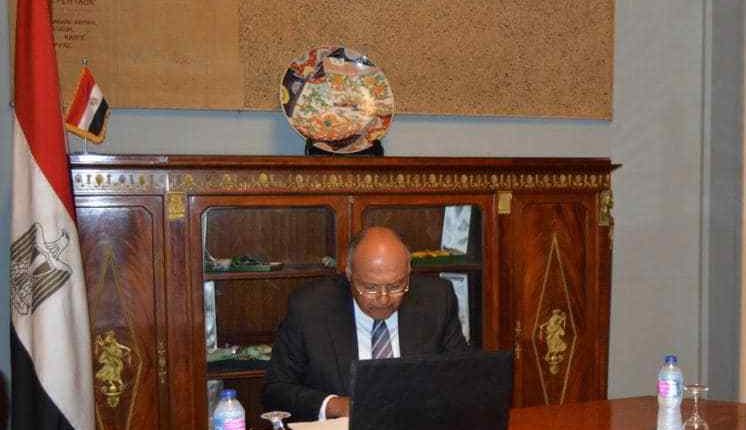 Shoukry’s comments came during the ministerial level meeting on Wednesday, during which the Foreign Ministers of Russia and AU Troika Committee countries discussed cooperation between the two sides.

During the meeting, the ministers discussed cooperation between the two sides, according to Ministry of Foreign Affairs Spokesperson Ahmed Hafez. This is particularly in achieving the goals set out by the two sides in working towards common principles and interests.

The ministerial meeting came as part of a follow-up to the results of the first Africa-Russia Summit held in Sochi Russia in October 2019.

Shoukry also stressed the need for a detailed cooperation plan between the parties that includes a list of the most important programmes and projects that achieve common interests. The plan would include the African continent’s priorities as stipulated in the African Development Agenda 2063.

The minister also called for a consideration of the economic and social impacts of the novel coronavirus (COVID-19). He highlighted the significance of establishing a mechanism for periodically monitoring the implementation of cooperation projects and programmes.

Shoukry expressed Egypt’s full support for Africa and Russia, as well as for the successful preparation for the upcoming Africa-Russia Summit scheduled for 2022.

In 2019, Egyptian President Abdel Fattah Al-Sisi attended alongside his Russian counterpart, Vladimir Putin, the first ever Russia-Africa Summit. The summit, which brought together Russia and African countries, was convened to enhance economic and trade relations.

Putin proposed the idea of the African-Russian summit for the first time since his participation in the July 2019 BRICS summit, involving Brazil, Russia, China, India, and South Africa, in Johannesburg. The decision to create the forum came after a 10-year long negotiation process.

Global gas glut to stay even with more Japan demand

The Paradox of blinking