The crisis caused by the novel coronavirus (COVID-19) has left no sector untouched, which has in turn cast a shadow on the resources of Egypt’s sporting clubs. The situation has pushed clubs to offer discounts and promotions to attract new members.

El-Sonbaty told Daily News Egypt that the membership fee for the club’s main branch in Heliopolis is $100,000 or the local currency equivalent, while the Shorouk branch’s membership has now reached EGP 370,000. The club’s 25% discount on the fee for its Shorouk branch means that new members will now pay EGP 277,500.

He noted that the club had taken the step of opening the door to renewals and new memberships by deposit into the club’s bank account. However, as many did not prefer this method, the club has now allowed membership fee payment at the club’s headquarters.

Members also donated EGP 1.2m to 823 employees with incomes of below EGP 2,500 a month and who rely heavily on the tips they receive from members. In the past three months, EGP 400,000 has been disbursed to the employees alongside their salaries.

El-Sonbaty added that the total annual membership fees are EGP 35m, of which the club had collected EGP 21m until the end of June, the deadline of membership fee payment. The club has imposed late payment charges of EGP 50. The Heliopolis Club’s main branch now has 86,000 members from 24,000 families, while the Shorouk branch has 2,500 families.

He added that the club is focused on developing its branch in Shorouk, and is building a hotel for members above 60 years old at a cost of EGP 20m.

“We encountered some obstacles to the completion of the Ain Sokhna resort project, and made great strides in it through participation with Tiba Group, which are behind the La Vista developments, but this has now stopped for legal reasons. The project will be delayed until the law changes to enable partnership with the private sector,” he said.

He added that in the previous fiscal year (FY) of 2019/20, the club achieved the largest revenues in its history, amounting to EGP 180m. The club also recorded a surplus of EGP 7.8m after incurring a deficit of EGP 14.5m in 2017.

The club has developed a protocol to reopen the club after four months of closure. Athletes over the age of 14 can visit the club alone to keep crowding contained. On 10 July, the club will open up to all members, taking into account that only 25% capacity will be allowed as required under government guidance to counter the coronavirus.

Gezira Sporting Club is working to increase the number of its members at its new branch in 6th of October City, by providing special offers to new members.

Gezira SC Vice-President Tarek Hashish told Daily News Egypt that membership fees at the club’s main branch in Zamalek amounts to EGP 1m. It reaches EGP 1.5m for a whole family. The fee at the 6th of October branch is EGP 300,000. Hashish noted that there will be offers and payment facilities provided to members on the back of the ongoing coronavirus crisis.

He added that the club has large expansion plans, as projects are being worked on in coordination with authorities to manage and operate branches of the club in the Fifth Settlement, Alexandria, and Matrouh. The plans, which include partnerships with real estate developers, will be submitted to the Ministry of Youth and Sports in order to obtain their approval before work is undertaken.

The club boasts a total number of members from 50,000 families, with its members at its 6th of October branch coming from about 1,000 families.

The club relies on membership renewal fees and seasonal memberships for foreigners paid in foreign currencies, which the club spends on hiring foreign staff to improve the sports teams’ performance.

Moreover, it also relies on its resources from sponsorships, restaurants, and stadium rents that bring in some EGP 15m per month. Of this amount, half is paid in salaries for club employees, with the remaining amount funnelled into financing its sports activities.

Hashish noted that the club’s closure over the past three to four months has incurred losses of EGP 50m.

“There was a plan to develop the Zamalek branch and continue Phase 2 of development in the 6th of October branch, but both have stopped due to low liquidity and lack of revenues,” he said.

The EGP 1 bn plan included a gymnastics hall worth EGP 100m, while the 6th of October Phase 2 development process was estimated to cost between EGP 300m-400m.

Membership fees can be paid electronically via Fawry to ease the payment on members. Under normal circumstances, membership fees amount to over EGP 90m, but in the current circumstances, the club has failed to collect even 15% of that figure. Despite the club’s annual budget being under EGP 200m, revenues are expected to take a hit this year due to the ongoing coronavirus crisis and commensurate economic effects.

Cairo’s Shooting Club Head, Mohsen Tantawy, believes that the club does not need to provide special offers to attract more members at the present time, despite the current health crisis.

Tantawy explained that due to the club having six branches, it does not need to offer discounts as the number of branches attracts members.

The total annual income off the back of membership fees amounts to EGP 45m, Tantawy added. In the first two weeks alone of opening the door for new memberships, the club collected EGP 16m and is expected to collect 75% of fees by mid-July.

Tantawy noted that daily revenues have amounted to EGP 520,000, but have been severely affected by the club’s closure due to the coronavirus. He added that the club has applied all precautionary measures included in the Ministry of Youth and Sports directives to ensure visitor and employee safety. 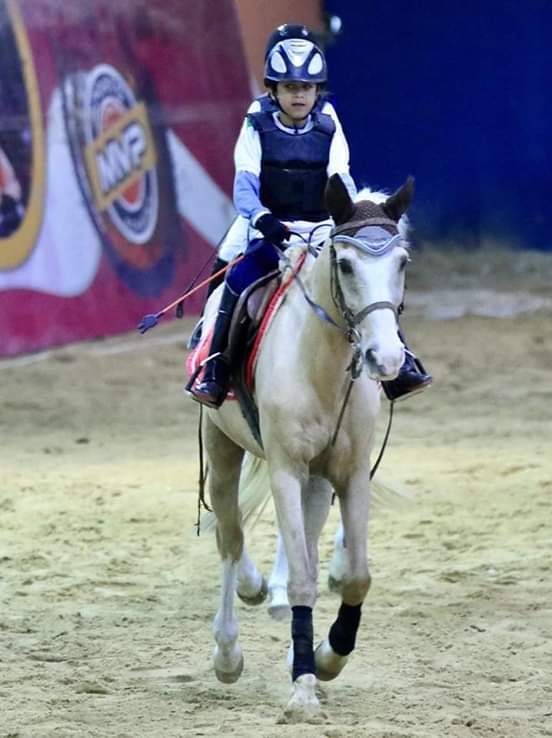 The spread of the novel coronavirus (COVID-19) has prevented Alexandria’s MVP Sporting Club from implementing its plan to start selling social memberships at the beginning of April. On the back of this, the club has now decided to take the step of reducing membership by 20% to 30% to implement its plan.

MVP General Manager Sherif Saad told Daily News Egypt that the original membership costs were estimated at EGP 50,000. This has now been cut to between EGP 30,000 and EGP 40,000, pending the Board of Directors’ approval. The club will also offer an option to pay in instalments with a bank.

Saad also noted that the club will open the swimming pool for two days a week, and offer discounts of 20%-25% on celebrations, as well as discounts for its sports academies.

He added that the club, which is located in Alexandria’s Green Plaza, covers an area of 10,000 sqm, and accommodates academies for 14 sports. There is also a special needs academy that is seeing high demand due to the low fees of EGP 250 per month. The football academy fee stands at EGP 750, the karate academy at EGP 300, and the boxing academy at EGP 250.

The club’s losses due to the suspension caused by the coronavirus amounted to EGP 2m-EGP 3m, he said, noting that the club plans to build more branches in the future and increase the number of sports available.

The Al Ittihad Alexandria Club and Cairo’s Wadi Degla Club are looking to mitigate the economic effects of the coronavirus on their members by postponing the membership payment delay fine. Tarek Rashed, Chairperson of Wadi Degla, said that the club’s Board of Directors has decided to exempt the payment delay fine until the end of July.

In turn, the club will keep the membership fee at EGP 140,000 for its Cairo branches, and EGP 160,000 for all other branches. He noted that the club is also mulling offers for members at its sports academies.

Al Ittihad Alexandria Club Chairperson, Mohamed Moselhy, said that the club, which is well known for its football, has extended membership payment fees to the end of July. This would cover all members, which come from a total of 65,000 households, each paying EGP 89,000. The fees are scheduled to increase from 1 August to EGP 150,000. Moselhy pointed out that the club spends EGP 55m annually on its football activities.

Meanwhile, Osama Abou Zeid, Chairperson of Cairo’s Shams Club, said that reopening the swimming pool would attract revenues following the suspension period. He told Daily News Egypt that the swimming pool has been reopened after an extended hiatus, and it is expected to be a great attraction for the club’s members.

He noted that revenues completely stopped during the period of closure, with the club’s development plans that it had been working on also halted. The developments had been taking place in cooperation with the Heliopolis Housing and Development Company (HHDC), which owns the club’s land.

Mohamed Farag Amer, Chairperson of Alexandria’s Smouha Club, said that members can pay fees via Fawry, Banque Misr e-payment channel, or at the club. He noted that the collection started at the beginning of July, and will last for three months, with the club’s annual income expected to stand at EGP 50m from 70,000 households.

The most expensive membership fees for clubs in Egypt

Sports Activity Statistics in Egypt for 2018 (issued in January 2020)