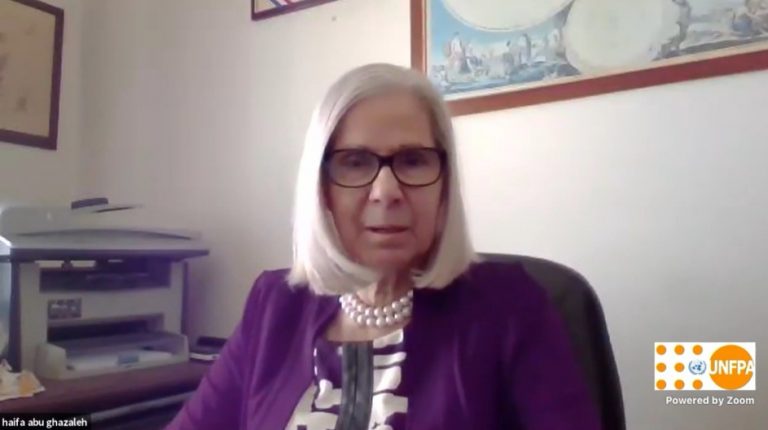 An estimated 8 in 10 girls in countries such as Egypt and Sudan who undergo female genital mutilation (FGM) have the procedure done in healthcare professionals’ offices, according to Luay Shabaneh, Regional Director for Arab States in United Nations Population Fund (UNFPA).

He added that estimated 52 million women and girls worldwide have had FGM performed on them by doctors, nurses, or midwives.

Shabaneh explained that 200 million girls and women alive today have undergone FGM in 31 countries. A total of 55% of women and females aged between 15-19 years old in Arab countries have undergone FGM during the period from 2004 to 2018. Shabaneh noted that FGM is more widespread in rural areas than in urban areas.

His remarks, on Wednesday, came on the sidelines of a UNFPA virtual press conference to launch the State of World Population 2020 report.

The report, entitled “Against My Will”, examines the origin and extent of harmful practices around the world, and the steps that must be done to stop them.

He added that child marriage and FGM are widespread in Arab world, while the preference for sons is widespread in only some Arab countries.

Shabaneh explained that the report is based on the premise that nine out of every ten people are biased against women worldwide, with gender inequality leading to many harmful practices.

“The prevalence of child marriage in the Arab world stands at 20%, commensurate with the 20% reported worldwide,” Shabaneh said, “This is not a good indicator, as in developed countries it does not exceed 3%.”

Shabaneh revealed that, due to the preference for sons when giving birth, over 140 million females are considered ‘missing’ today, not only due to gender-biased sex selection, but also due to post-natal sex selection. In terms of Arab states, a total of 1,400 females were considered missing in Tunisia during the period from 2013 to 2017.

“COVID-19 has had no direct impact on the rates of child marriage or FGM, but it has impacted the reproductive health services presented to women,” Shabaneh said. “Perhaps if this situation continues, there will be an impact on the future of these issues.”

He stressed the necessity of investing into the judicial and health approach to these issues, noting that all social issues in the Arab society can be solved.

In order for these solutions to be effective, Arab governments must focus on an agenda for the region as an input in addressing social issues.

In a speech, Haifa Abu-Ghazaleh, Assistant Secretary-General of the Arab League, said that the regional report’s launch comes at when the world is witnessing a delicate and exceptional period.

Abu-Ghazaleh attributed this to the novel coronavirus (COVID-19) pandemic, which has implications for society, especially women, girls and children, and what is related to them. She noted that it is a highly sensitive topic that requires cooperation with countries to address it as a key priority for development.