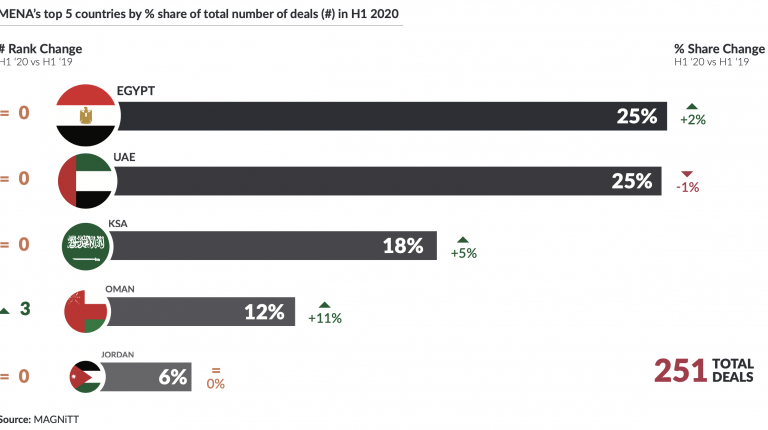 Startups in the Middle East and North Africa (MENA) region have attracted investments of $659m during the first half (H1) of 2020, despite the impacts of the novel coronavirus (COVID-19) pandemic.

The latest figures for this year are equivalent to 95% of the total investments startups attracted across 2019, which reached $693m.

According to a Magnitt Corporation report on Venture Capital Investments during H1 of 2020, the investments attracted by startups rose 35% on the comparative period in 2019.

“We have seen more growth in ecosystems across the MENA region, and many governments have doubled the support of businessmen and investors in the current climate, but funding has been focused on three ecosystems across the region, namely the UAE, Egypt, and Saudi Arabia,” said the Magnitt report.