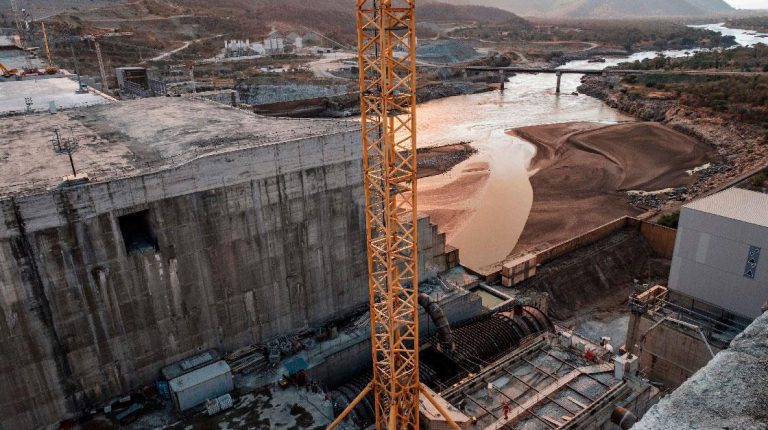 Negotiations between Egypt, Sudan, and Ethiopia regarding disputed points relating to the filling and operation of Ethiopia dam on Nile river have concluded its ninth day without reaching an agreement.

During Saturday’s online discussions, delegations of the three countries held separate meetings with international observers who are also involved in the ongoing talks over the Grand Ethiopian Renaissance Dam (GERD).

The Assembly Bureau of the African Union (AU), and representatives from its member states, the US, and the European Union are participating in the meetings as observers.

The three parties will send separate “Factual Reports” on the talks, presenting each country’s viewpoints, to the AU’s current rotational president, South Africa.

On Friday, Egypt’s Ministry of Water Resources and Irrigation said that it firmly rejected an Ethiopian proposal to sign an agreement on the Nile dam and delay discussions on the disputed points until a technical committee is formed.

Egypt had stressed that the disputed points, which it says are essential, cannot be delayed to meetings that will be held after an agreement is signed.

Cairo suggested a counter-proposal for Addis Ababa related to the dam’s filling and operation, with the latter to respond to this proposal on Sunday, which is expected to be the final meeting, at least for this round of talks.

The proposal includes alternative options to bring views closer regarding procedures for dealing with drought, prolonged drought, and years of water scarcity. This would be addition to certain proposals related to rules regarding the annual operation and refilling of the Ethiopia dam’s reservoir.

On Sunday, a meeting involving Ministers of Water Resources and Irrigation from the three countries involved in the negotiations is set to be held hoping for a consensus. Observers are set to submit their final report to the AU on 13 July.

Both Egypt and Ethiopia have exchanged strongly worded accusations regarding the failure of negotiations. Egypt has said that no progress has been achieved due to Ethiopia’s rigorous stance regarding technical issues on GERD. Ethiopia, on the other hand, has claimed that Egypt relies on colonial agreements that gave the downstream country the lion’s share of River Nile waters.

Egypt has debunked the Ethiopian claims regarding the historic agreements, pointing out that these agreements were signed between Egypt, or the British empire representing Egypt, while Ethiopia was an independent state.

These include the agreement signed in 1902 between Great Britain and the independent Ethiopia under Emperor Menelik II. Under this agreement, Ethiopia vowed not to construct, or allow the construction of, any work across the Blue Nile, Lake Tsana, or the Sobat which would arrest the flow of waters into the River Nile, except in agreement with Egypt and Sudan.