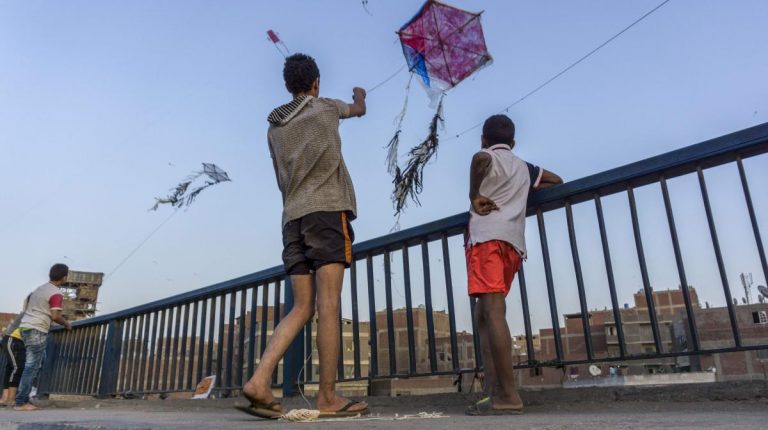 Security forces in Cairo have launched a campaign against the flying of kites, due to their potential dangers on the lives of children and youth. A total of 369 kites have been confiscated so far, according to the Middle East News Agency.

Alexandria Governor Mohamed Al-Sharif issued a directive, on Thursday, banning the flying of all types of kites on beaches in the coastal city. The ban has been put in place due to several accidents caused by kites in recent days.

Those above 18 years of age, or the parents of minors found flying kites, will face a fine of between EGP 300 and EGP 1,000.

A total of 99 kites have been confiscated on the second day of the ban in Alexandria, while five people have been fined.

On Saturday, Member of Parliament (MP) Faika Fahim addressed Prime Minister Mostafa Madbouly and Minister of Local Development Mahmoud Shaarawy on the spread of kites and their dangers to car drivers and children.

Fahim called for the ban on kiting to be applied across Egypt, and for the awareness campaign highlighting their dangers to be intensified.

Last week, a 12-year-old female child in Alexandria died after she fell from the 17th floor of a building while flying a kite.

Earlier in June, a high school student was electrocuted and died in Menoufiya governorate while he was kiting.

Many children and young people in Egypt have turned to kiting to combat boredom and loneliness during the three-month long night-time curfew imposed due to the novel coronavirus (COVID-19). With schools, sports clubs and entertainment venues also subject to closures to curb the spread of the virus, sky-lines across the country were frequently filled with kites of various sizes, colours, and shapes.

Birds of a feather

Rights group calls for investigation into mistreatment of 13 youths