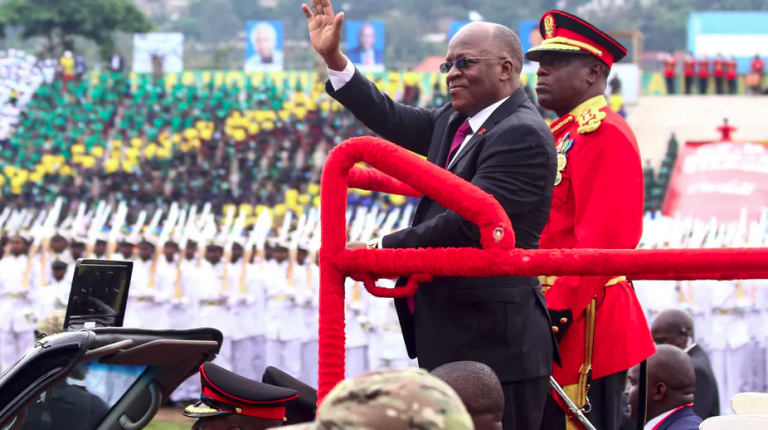 The national congress of Tanzania’s ruling Chama Cha Mapinduzi (CCM) party on Saturday endorsed President John Magufuli as its candidate in the country’s general election slated for October this year.
Magufuli, who is seeking to be re-elected for a second and final five-year term in office, garnered 100 percent of the votes from 1,822 CCM’s national congress delegates at the Jakaya Kikwete Convention Center in the capital Dodoma.
“The 100 percent victory is a debt to Tanzanians that I will repay by working harder. I will not let down Tanzanians,” he told cheering delegates.
Magufuli retained Samia Suluhu Hassan as his running mate saying she is hard working and respectful.
The CCM national congress was also attended by representatives from a handful of friendly countries, including China, Vietnam, South Africa, Zimbabwe among others.
The national congress was also attended by leaders from 18 political parties in the east African nation.
On Friday, the ruling party also picked the Minister for Defense and National Service, Hussein Mwinyi, as presidential candidate for Tanzania’s Zanzibar, which formed the union with Tanzanian mainland.
“If I will be elected president of Zanzibar I will follow the footsteps of President John Magufuli in fighting corruption, indiscipline and misuse of resources,” said Mwinyi.