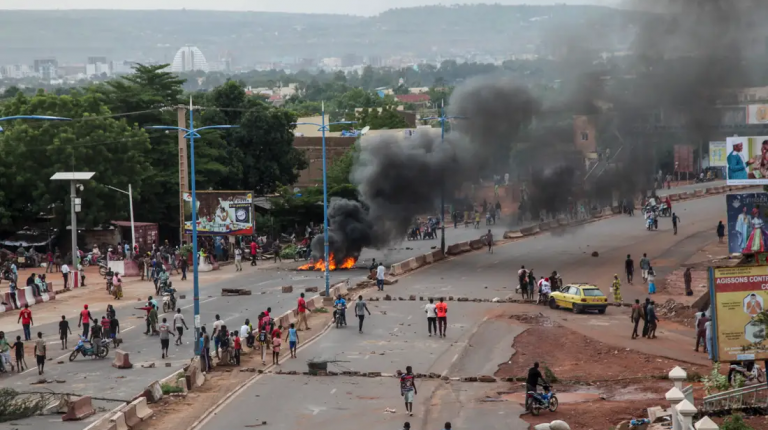 Death toll of the two-day violent protests in the capital of Mali’ Bamako has increased to three, and at least 74 others were injured, local hospital authorities told Xinhua on Saturday afternoon.
There was also significant material damage, particularly in the country’s National Assembly which was looted by protestors.
At least six leaders of the demonstrations were arrested Friday night and Saturday, said the 5 June Movement — Rally of Patriotic Forces (M5-RFP), organizer of the protests.
In a message published by the Malian presidency Friday night, President Ibrahim Boubacar Keita regretted the scenes of violence, and reaffirmed his “wish to continue the dialogue” with the protesters.
To ease the tension in the country, Keita has made several proposals to end the crisis, which the protesters rejected and called for the appointment of a prime minister in its ranks and the resignation of Keita.
The capital were largely paralyzed since Friday when the demonstrations turned violent.

Mali President Ibrahim Boubacar Keita on Saturday announced the dissolution of the constitutional court in a bid to ease political tensions and unrest currently striking the capital.
“I have decided to repeal the licences of the remaining members of the constitutional court,” the president said in an evening television address.
Following the dissolution, authorities will from next week “nominate new members so that the reformed court can quickly help us find solutions to the disputes arising from the legislative elections,” he said.
The constitutional court has been under disputes since it overturned provisional results for parliamentary elections in March, triggering protests in several cities.
On Friday, a demonstration was launched in the capital and then intensified into violent protests, leaving at least three dead and 74 others injured.