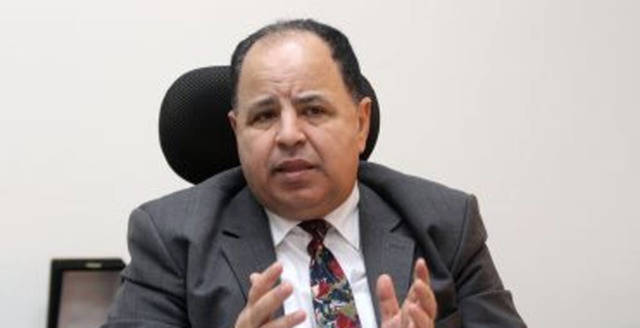 Egypt will launch a holding fund worth EGP 2bn to guarantee and stimulate domestic consumption, according to Minister of Finance Mohamed Maait.

The minister said that the fund, which is financed from the public treasury, will be affiliated to Ministry of Finance and has been set up to ensure consumer financing is protected. He added that more specialised funds will be set up in the near future.

The fund aims to facilitate and increase the ability of Egyptian citizens to obtain goods, services, and property. At the same time, it aims to reduce risks on financing various entities, by providing financial security to the authorities and companies involved.

The fund aims to include a new segment of consumers who cannot purchase real estate or certain goods, Maait noted. The minister added that the fund will also provide a guarantee for bank financing for loans.

Accordingly, the state has endeavoured to facilitate citizens’ access to a housing unit or commodity with government guarantees, and thus limits the cost of the loan to the customer.

The fund looks to face the slowdown in consumer spending due to the novel coronavirus (COVID-19) pandemic. It also looks to increase incentives for industrial, service, real estate and consumer finance companies to sell in instalments and lend to citizens.

Tarek Shoukry, Head of the Real Estate Development Chamber at the Federation of Egyptian Industries (FEI) and Chairperson of Arabia Holding, said the fund resolves one of the most difficult problems that has plagued the country’s real estate sector for years. This is namely to meet the local customer’s purchasing power with suitable prices for offered units.

Shoukry elaborated that Egypt’s increasing population means there is a strong commensurate demand within the country’s real estate market. Despite this, the gap between the client’s purchasing power and unit prices very much remain a problem.

Despite state efforts to implement social and middle-income housing units, a large segment of Egypt’s citizens who are looking to buy their own homes remain unable to do so. It is estimated that the annual demand for real estate currently stands at 500,000 units across multiple segments.

Maait pointed out that fund will increase demand in the real estate market and boost investments to meet the demand. This will lead to further job opportunities, or the creation of about 5 million jobs, and higher activity in this promising sector, which contributes about 18% of Egypt’s GDP.

Although further details have yet to be released, the minister called for an easing in conditions and the creation of simple procedures to allow more citizens to benefit from the financing provided by the fund.

Ashraf Hilal, Head of the Household Goods Division at the Cairo Chamber of Commerce, said that the fund represents a positive step towards stimulating consumption and supporting the market.

Hilal elaborated, however, that the fund has yet to establish clear vision and mechanism governing its performance.

Bahaa Dimitri, Managing Director at Fresh Electric for Home Appliances, said that, although the fund presents a positive step by the government, companies need further details on what the fund will do.

Dimitri noted that the fund will stimulate purchases of home appliance due to the dramatic decline in marriages over the past four months. He attributed the market depression in this segment to the negative economic implications of the coronavirus, which has affected many who were planning to get married.

He pointed out that consumption in Egypt decreased by about 30%. To boost the segment against further economic hits, Dmitri disclosed that should affordable interest rates apply, it should not exceed 5% on home appliances. He pointed to initiatives brought into effect by the Central Bank of Egypt to finance small- and medium-sized enterprises (SMEs) and and other sectors.

“We need a different strategy to the ordinary loans provided by Egyptian banks, because these loans did not boost sales or stimulate the market,” Dimitri concluded.

Mahmoud Shoukry, member of the FEI’s Chamber of Engineering Industries, said the new fund would encourage factories catering to several different sectors to increase production during the coming period.

Shoukry added that the problem facing the electrical appliances sector is that it is not a major consumer commodity. This is due to consumers not making purchases in this sector unless there is an actual need for the product.

He pointed out that the initiative will cut the interest rate that some merchants impose on consumers for long-term purchases.

FEI member Mohamed Saad El Din said that the mechanism on which the initiative will be based should include only local products to encourage production at factories in Egypt.

Saad El Din added that the fund ensures and stimulates local consumption and the Egyptian economy, whilst providing a boost for factories during the next period.

He said, “Factories must provide a discount on products included in the initiative in order to contribute to the disposal of existing stocks and produce more products, which will contribute to the growth of industrial sector in general.”