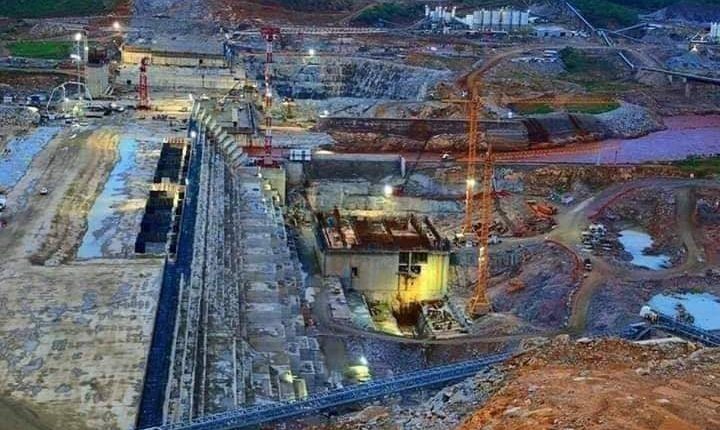 The African Union-sponsored technical and legal committees will resume their discussions on the disputed points related to filling and operation of the Ethiopia Nile dam on Monday.

The announcement came during the Sunday meeting between the Ministers of Water Resources and Irrigation from Egypt, Sudan, and Ethiopia.

The meeting witnessed contention over the disputed points related to the Grand Ethiopian Renaissance Dam (GERD).

On Saturday, the 10th day of talks on the Ethiopian dam, the ministers reviewed the results of discussions by the legal and technical committees in their meeting on Friday.

The attendees also discussed the Egyptian proposal to Ethiopia to bring views closer on the disputed topics, including procedures for dealing with drought and prolonged drought and years of water scarcity.

Water ministers of the three countries will meet again on Monday to discuss the outcomes of the legal and technical committees’ next meetings. A final report should be presented to South Africa, the current chair of the African Union (AU), on Monday as well.

The AU-guided talks were also observed by the AU’s Assembly Bureau and representatives from AU member states, the US, and the European Union (EU).

On Friday, Egypt’s Ministry of Water Resources and Irrigation, said that it has firmly rejected an Ethiopian proposal to sign an agreement on GERD and delay discussions on the disputed points until a technical committee is formed.

Egypt stressed that the disputed points, which it says are essential, cannot be delayed after an agreement is signed.

The current round of talks started after the three involved nations had sent letters to the United Nations Security Council (UNSC) to clarify their stances on the issue.

Construction of the GERD has started in April 2011 over Blue Nile. Egypt has expressed concerns regarding its possible impact on its 55bn cbm share of the River Nile’s water. However, Ethiopia insists that the dam will not negatively affect Egypt’s interests.

Both Egypt and Sudan have other fears over the dam’s security and safety due to its location in an active geologic region, which puts it at a risk of earthquakes or mass floods.