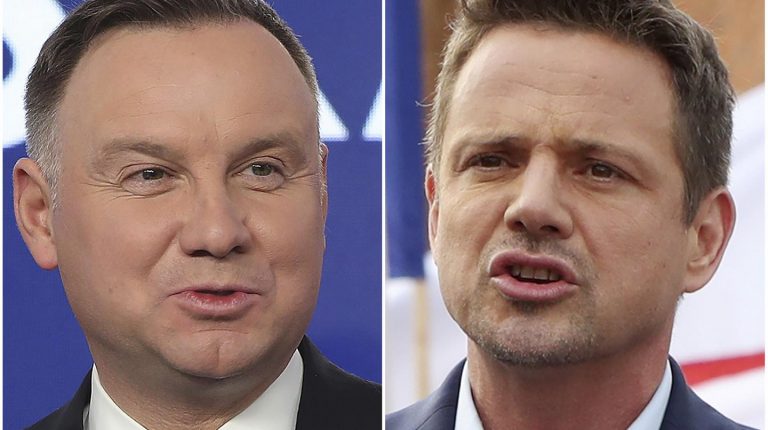 Poland voters began casting ballots on Sunday morning in a tight presidential election runoff between incumbent President Andrzej Duda and opposition-backed Rafal Trzaskowski, the mayor of Warsaw.
Polling stations are open in Poland from 7 a.m. to 9 p.m. local time (0500 to 1900 GMT), with exit polls expected immediately after. Around 30 million Poles can cast their ballots in the election that polls show could be extremely tight.
Strict sanitary rules are in place, with surfaces disinfected and people required to keep a safe distance from one another. Under rules brought in for the second round of the presidential vote, disabled people, pregnant women, people with children aged under three, and citizens over 60 will have priority access to polling stations.
Duda, supported by the conservative ruling Law and Justice party to seek another five-year term, was the clear winner of the first round, garnering 43.5 percent of the vote, followed by Trzaskowski with 30.5 percent.
The turnout in the first round reached 64.4 percent, which was considered high in Poland. Consolidated opposition votes however put both candidates in a virtual tie for the second round, polls show.
The official results of the presidential run-off will likely be announced on July 14 at the latest, according to the head of the State Electoral Commission, Sylwester Marciniak.