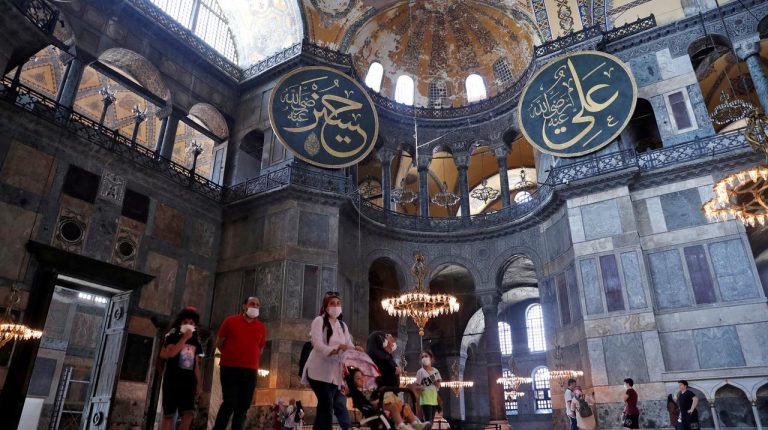 The interim Secretary General of the Geneva-based World Council of Churches has expressed the “grief and dismay” of the council’s members at Turkey’s decision to convert the Hagia Sophia museum back into a mosque.

In an 11 July letter to Turkish President Recep Tayyip Erdogan, Ioan Sauca said that since 1934, “Hagia Sophia has been a place of openness, encounter, and inspiration for people from all nations and religions.”

Sauca said the 1,500-year-old monument been a “powerful expression” of Turkey’s “commitment to secularism and inclusion and of its desire to leave behind the conflicts of the past.”

Hagia Sophia was first built as an Orthodox Christian cathedral before it’s conversion into a mosque following the Ottoman conquest of Istanbul in 1453. It became a museum in 1934, and is now classified as a UNESCO World Heritage site.

Sauca wrote, “I am obliged to convey to you the grief and dismay of the World Council of Churches, and of its 350 member churches in more than 110 countries, representing more than half a billion Christians around the world, at the step you have just taken.”

He added, “By deciding to convert the Hagia Sophia back to a mosque you have reversed that positive sign of Turkey’s openness and changed it to a sign of exclusion and division.”

UNESCO said it had expressed its concerns to Turkish authorities in several letters, and conveyed the message to the country’s ambassador to the institution on Thursday.

“We urge Turkish authorities to start a dialog before any decision is taken that could undermine the universal value of the site,” UNESCO said.

The World Heritage site was at the centre of both the Christian Byzantine and Muslim Ottoman empires, and is today one of Turkey’s most visited monuments.

The prospect of a change in the museum’s status back to a mosque has raised alarm among US, French, Russian, and Greek officials, as well as church leaders.