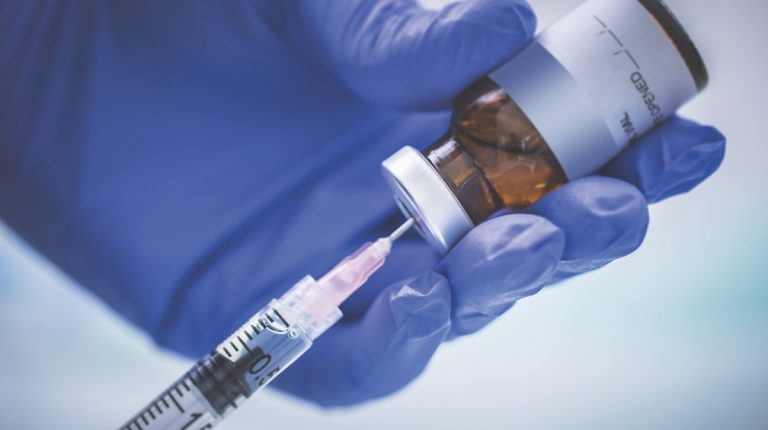 As part of a global quest for a COVID-19 vaccine, Danish scientists are developing CoVAXIX, a new DNA (deoxyribonucleic acid) vaccine candidate, the Statens Serum Institut (SSI) said in a statement on Monday.
Developed by SSI under the direction of chief virologist and chief physician Professor Anders Fomsgaard, CoVAXIX has already proved extremely successful in tests on mice, said the statement.
“To gain time, we want to start a monkey trial now, which can show whether the monkeys are protected against subsequent infection with COVID-19,” said Fomsgaard.
According to the SSI, DNA vaccines like CoVAXIX “induce cell immunity” using a technique in which the human immune system is prepared to fight the coronavirus by exposing it to a small part of the virus’ surface “so limiting both the COVID-19 disease and preventing the infection of others.”
Fomsgaard is optimistic about the effectiveness of this DNA vaccine and believes that “the initial phase one human trial could start in late autumn 2020 or early 2021” should the monkey trails prove as successful as the mice trials.
“We have for many years researched and worked with the development and optimization of DNA contingency vaccines through national and international collaborations and projects. Now we have developed a DNA vaccine platform, which has shown really uplifting results in terms of being able to be used for rapid development of various relevant virus vaccines,” said Fomsgaard.
The total number of confirmed COVID-19 cases in Denmark stands at 13,037 with the death count having risen by only one to 610 since last Wednesday, according to the SSI’s daily update on Monday.