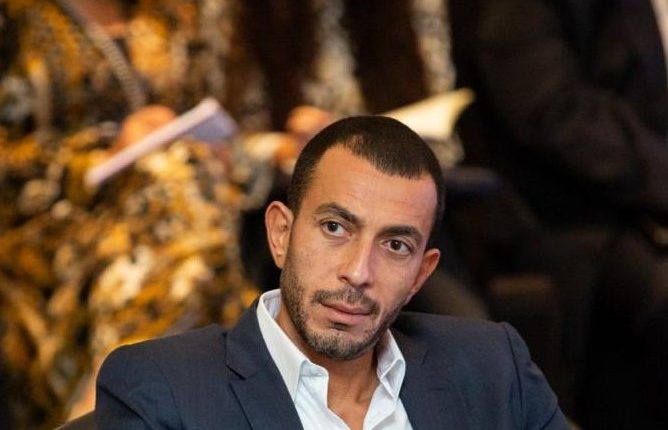 Egypt’s real estate market will recover in the second half (H2) of 2020 due to real local market demand, according to real estate developer, Inertia.

The recovery will also be boosted by postponed purchase decisions in the second quarter (Q2) of 2020, which are expected to take place later in the year.

Inertia CEO Ahmed El Adawy expressed his optimism with the performance of Egypt’s real estate market in H2 of 2020 based on several factors.

He noted that this comes on the back of the government’s plan to coexist with the novel coronavirus (COVID-19) crisis, and the return to daily life.

These include state-imposed precautionary measures, put in place to protect citizens against the further spread of the virus. There is also a continued customer confidence in real estate as a safe investment, particularly during times of crises.

El Adawy noted that it is not yet possible to determine what changes will occur in the real estate market on the back of the coronavirus. This is due to the fact that the crisis has not ended yet, and the fact that there remains much uncertainty as to the future.

However, there may be some initial changes in new building designs to provide secluded space inside housing units, that can be used as office or distance learning spaces.

This would allow for the potential changes in how businesses and educational institutions work in the future, where more people may expect or be expected to work or study from home.

El Adawy pointed out that Inertia is currently developing the “Jefaira” North Coast project. The plan is to turn it into a permanently settled community with year-round residents, rather than its use as a summer season resort.

The project includes various residential, entertainment, educational, and service aspects, which enhances the demand for the project’s housing and investment purposes. It would also integrate with state plans to see longer-term settlement in the North Coast area, rather than its current predominant use as a summer resort.

Jefaira is built over 5.5m sqm, with a 3.6km-long beach overlooking the Mediterranean Sea. The project is set to be extensive, covering a large population of residents who will be able to enjoy various amenities and services.

Additionally, the Egyptian authorities’ decision to transfer jurisdiction over North Coast lands to the New Urban Communities Authority (NUCA) has many advantages.

The most important of these is the unification of the state’s jurisdiction over the lands, and, as a result, unification of procedures for investment in this region. This would come alongside developing the region under NUCA’s umbrella, with its technical and executive experiences.

The authority, which is affiliated to the Ministry of Housing, also has strong financial solvency in implementing new urban cities, reflecting an unprecedented development of this region, El Adawy elaborated.

He added that the decision would lead to the emergence of an integrated development zone on the North Coast. This would guarantee a year-round community, whilst maximising the area’s unique location overlooking the sea.

Alongside this, the move will see integration between the authorities and property developers in promoting this important region, which will also stimulate foreign investment there, El Adawy highlighted.

“Granting long payment periods to customers, although it’s primarily aimed at stimulating customer purchasing power, but it’s not commensurate with offered prices,” El Adawy said. “If it is not considered sufficiently, it may expose the company to financial problems due to inflation. Nevertheless, I expect that real estate companies will return to granting medium-term periods to customers again.”

El Adawy emphasised the importance of considering a mortgage finance system for those wishing to own a property, to boost sales. He noted that this could be done through a system of mortgage finance with low interest, rather than a temporary initiative with a specific fund.

He pointed out that solving mortgage finance problems supports local property export as foreign customers depend on mortgages, rather than a long-term instalment system, to obtain units.