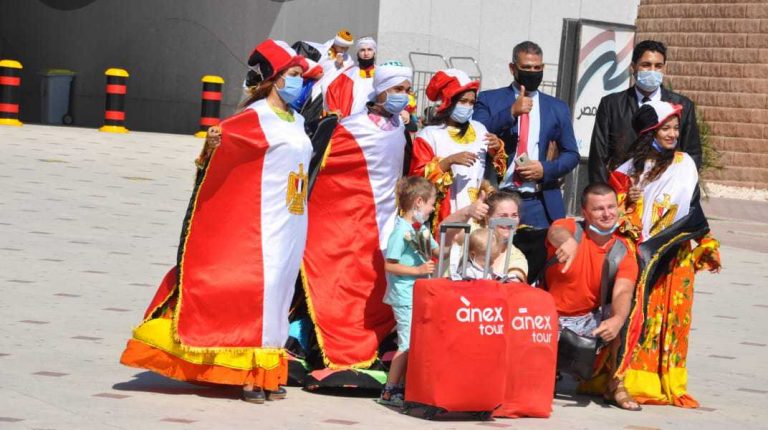 Almost 10,000 tourists have visited Sharm El-Sheikh and Hurghada since the resumption of Egypt’s tourism at the beginning of July, according to the Ministry of Tourism and Antiquities.

In a press statement on Tuesday, the ministry noted that the two Red Sea cities had received 56 flights coming from Kiev, Zaporizhia, Lafif, and Kharkiv in Ukraine; Minsk in Belarus; Zurich in Switzerland; and from the Hungarian capital Budapest.

Also on Tuesday, Sharm El-Sheikh and Hurghada received three flights coming from Ukraine and Belarus with 587 tourists on board.

On Monday, the ministry added that Sharm El-Sheikh and Hurghada received six flights coming from Ukraine, Belarus and Switzerland, carrying a total of 987 tourists