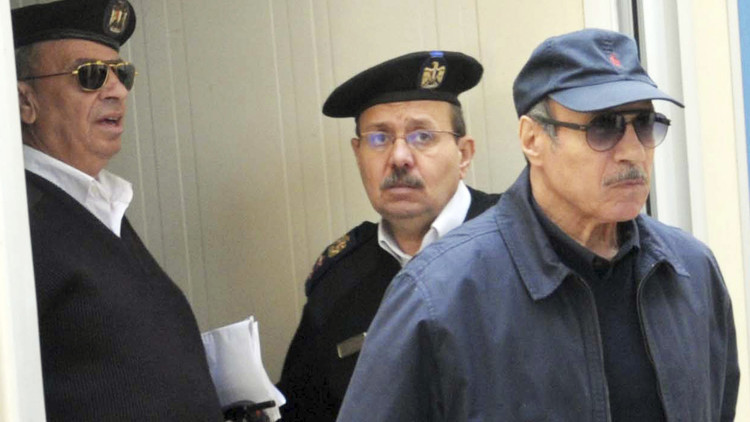 Court of Cassation upheld, on Tuesday, a verdict of acquitting Mubarak-era interior minister Habib El-Adly and fining him EGP 500 in the case of “public funds embezzlement”.

The verdict is final and cannot be appealed.

Earlier in May, Giza Criminal Court acquitted El-Adly and top eight former police officials and fined each of them EGP 500 in a retrial over charges of embezzling public funds in the interior ministry.

The court also sentenced Nabil Khalaf, the former head of the ministry’s Central Administration of Finances and Budget, to three years in jail, and ordered him to pay back EGP 62.1m, in addition to EGP 62.1m fine.

The Illicit Gain Authority, affiliated to the Ministry of Justice, unfreezed Al-Adly’s assets as well as those of his aids in the ministry in May.

El-Adly and ten others were sentenced in April 2017 for seven years in jail in the first trial over embezzling public funds worth more than EGP 2bn. The court ordered them at this time to pay back EGP 195m and fined them EGP 195m. Seven other defendants were sentenced to five years in prison while two were handed three-year imprisonment at that time.

But the Court of Cassation overturned the ruling in January 2018 and ordered retrial.

El-Adly was arrested in December 2017 after months of disappearance.

He and twelve of his aids, two of whom have died, were referred in 2015 to the criminal court over charges of embezzling public funds during their time in office.

The El-Adly’s corruption case began in 2012, after he was removed from his position following the 25 January Revolution in 2011.

The Mubarak-era strongman was also acquitted in November 2014 along with six of his aids from charges of killing protesters during the 25 January Revolution.