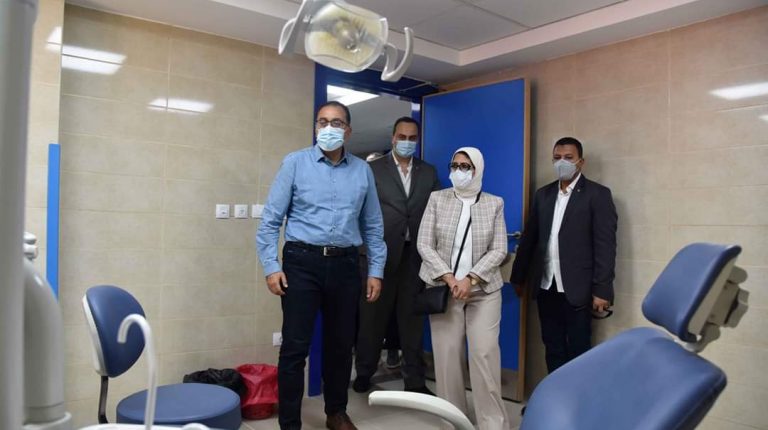 Egypt’s Prime Minister Mostafa Madbouly asserted, on Tuesday, that Egypt’s health sector is a priority on the country’s development agenda.

He added that the government is focusing its efforts towards providing distinguished health services to citizens across the country.

Madbouly’s remarks came during an inspection visit of national projects in Aswan governorate. He visited the Al-Khazzan area health unit, which is currently being developed as part of the governorate’s new comprehensive health insurance system.

The Prime Minister was accompanied by Minister of Local Development Mahmoud Shaarawy, Minister of Health and Population Hala Zayed, and Minister of Housing Assem El Gazzar.

Ehab Hanafi, Director of Aswan’s Health Directorate, said that the governorate has 248 health centres and units. About 113 of them are included in it’s comprehensive health insurance system, in addition to 11 hospitals.

About 116,104 families and 469,897 individuals across the Aswan Governorate have registered with the comprehensive health insurance, he added.

Hanafi asserted that renovations have been almost completed on about 25 units for their inclusion in the new insurance system. Development work at a total of 80 units are between 50% and 85% complete.

Meanwhile, Madbouly praised the great efforts made by medical staff during his visit to Aswan Specialized Hospital.

“I would like to express my thanks, appreciation and respect to all medical personnel who have carried out, and are still performing, their sacred duty in caring for coronavirus (COVID-19) cases,” Madbouly noted.

Meanwhile, the Prime Minister has agreed to allocate EGP 250m to implement the second phase of the plan to replace and renew Aswan’s water and sanitation infrastructure.

Madbouly inspected work to replace and renew infrastructure along the city’s Sadat Road. He asserted that the country is seeking to develop the infrastructure to improve citizen’s living conditions.

The first phase, which will soon be completed, has seen the renewal of eight water and sanitation stations at a cost of about EGP 44m.