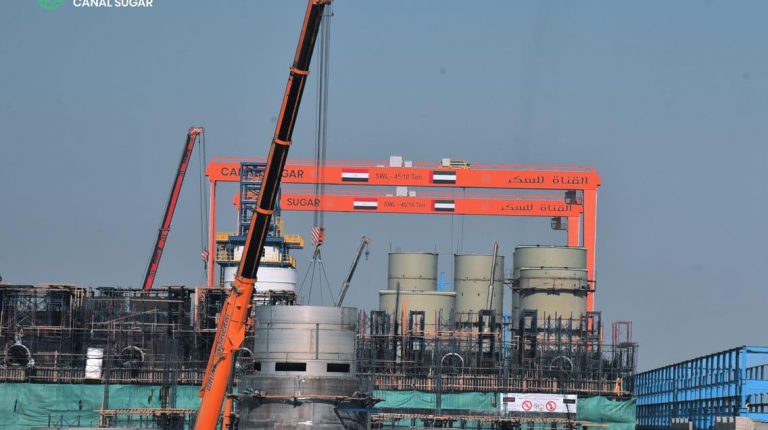 Egypt is set to build the world’s largest agro-industrial project for sugar and strategic crops production. The plant is planned to output 900,000 tonnes a year.

Canal Sugar announced the conclusion of a three-year contract for the reclamation of 100,000 feddan in west Minya, in collaboration with El Deiab for Land Reclamation. The contract marks the first phase of its 181,000 feddan reclamation scheme in the area that will make up the project.

The contract provides for deep ripping across 100,000 feddan, the removal of rocks and pebbles across 17,000 feddan. It will also include land forming and soil levelling around 10m cbm of soil from a 100,000 feddan area, and surface tillage in the same area. The land reclamation techniques used in the process will be the first of their kind used in the zone.

In its final form, the plant will span over 240 feddan (1m sqm), with 181,000 feddan of desert land set to be reclaimed and cultivated. The total investment cost for the project currently stands at $1bn.

“I am pleased to announce the signing of the 100,000 feddan Land Reclamation Contract with El-Deiab for Land Reclamation, which is a main execution step in our mega project to set up the largest agro-industrial project in Egypt since 1952,” Salem said. “This includes the construction of the largest sugar production plant worldwide with a production capacity of 900,000 tonnes annually, alongside cultivating 181,000 feddan of desert land”.”

Salem reiterated that the company was determined to move forward with its scheme to have the project completed according to the set timeframe. To do so, it would harness the potential and expertise of all partners in the project, despite the exceptional circumstances facing global economies.

He added that the project is set to reap multiple returns for the local economy. The project, he pointed out, would help reduce the trade balance deficit, and consequently in the balance of payments by the sum of $800m/annually, whilst reducing the sugar production gap.

Salem also anticipates that the plant, which is expected to reach maximum production capacity in 2022, will create thousands of direct and indirect job opportunities.

Deiab revealed that he was proud of the partnership and collaboration with Canal Sugar, in which his company has been given the opportunity to contribute to the project’s implementation.