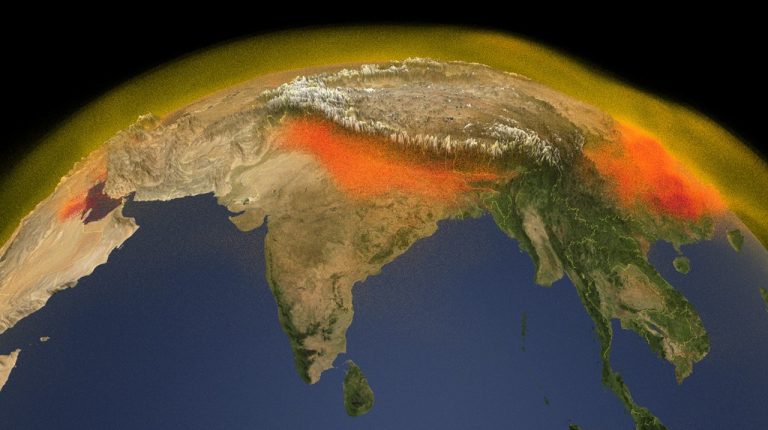 Global methane emissions have reached the highest levels on record, according to two papers published this week in Earth System Science Data and Environmental Research Letters. The papers were written by researchers with the Global Carbon Project.

The researchers noted that the increase is primarily driven by coal mining emissions, oil and natural gas production, cattle and sheep ranching, and landfills.

Between 2000 and 2017, levels of the potent greenhouse gas shot up to the extent that climate models suggest it will lead to warming of 3-4 degree Celsius before the end of this century.

Scientists warn that this dangerous temperature threshold will lead onto natural disasters being more commonplace. They have warned that this will include potentially more wildfires, droughts and floods, and social disruptions such as famines and mass migrations.

In 2017, the last year for which complete global methane data is available, the earth’s atmosphere absorbed nearly 600 m tonnes of the colourless, odourless gas. Research shows that methane is 28 times more powerful than carbon dioxide (CO2) at trapping heat over a 100-year span.

More than half of all methane emissions now come from human activities, with annual emissions up 9%, or 50 m tonnes per year, from the early 2000s. It was during this time period that methane concentrations in the atmosphere were relatively stable.

Adding this much extra methane to the atmosphere, and in this time period, is akin to putting 350 m more cars on the world’s roads, or doubling the total emissions of Germany or France.

“We still haven’t turned the corner on methane,” said Rob Jackson, a professor of Earth System Science at Stanford University and leader of the project.

“Emissions from cattle and other ruminants are almost as large as those from the fossil fuel industry for methane,” Jackson said. “People joke about burping cows without realising how big the source really is.”

Throughout the study period, agriculture accounted for roughly two-thirds of all methane emissions related to human activities, with fossil fuels contributing most of the remaining third. However, those two sources have contributed in roughly equal measure to the increases seen since the early 2000s. 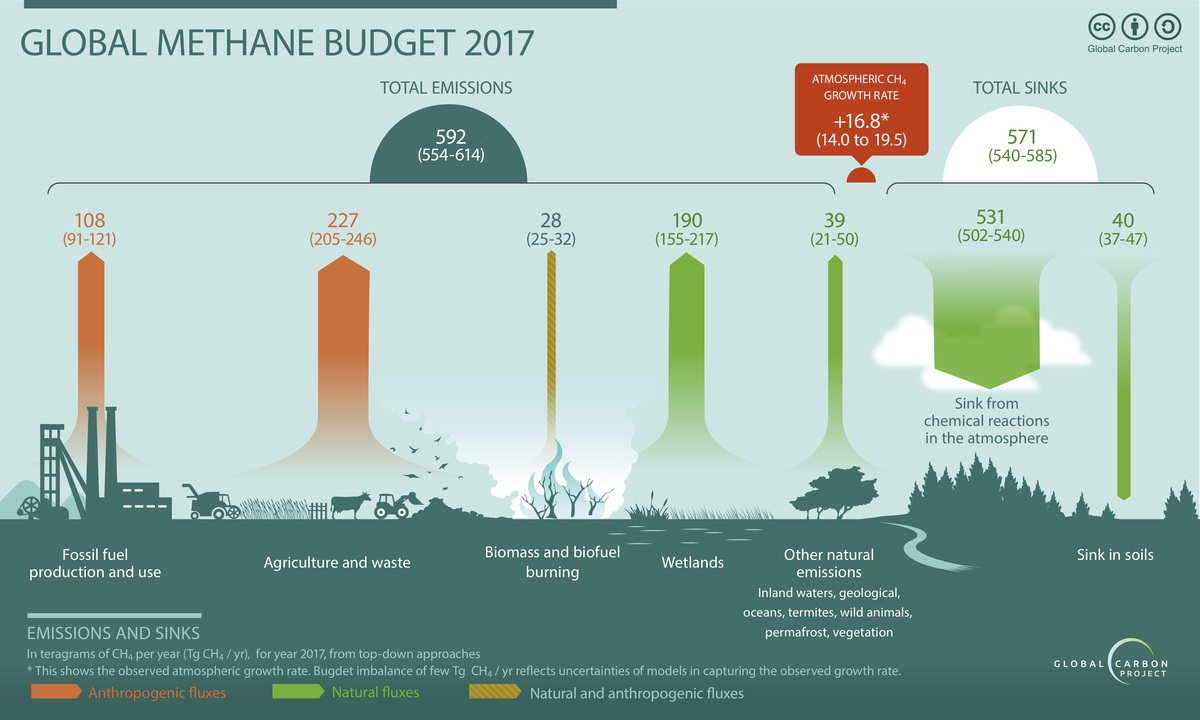 With the novel coronavirus (COVID-19) pandemic ensuring worldwide lockdowns, carbon emissions plummeted as manufacturing and transportation ground to a halt.

“There’s no chance that methane emissions dropped as much as carbon dioxide emissions because of the virus,” Jackson said. “We’re still heating our homes and buildings, and agriculture keeps growing.”

Methane emissions rose most sharply in Africa and the Middle East, China, and South Asia and Oceania, which includes Australia and many Pacific islands. Each of these three regions increased emissions by an estimated 10 to 15 m tonnes per year during the study period. The US followed close behind, increasing methane emissions by 4.5 m tonnes, mostly due to increased natural gas drilling, distribution and consumption.

“Natural gas use is rising quickly here in the US and globally,” Jackson added. “It’s offsetting coal in the electricity sector and reducing carbon dioxide emissions, but increasing methane emissions in that sector. As a result, we’re emitting more methane from oil and gas wells and leaky pipelines.”

Europe stands out as the only region where methane emissions have decreased over the last two decades, in part by the continent-wide tamping down on emissions from chemical manufacturing and more efficient food production.

“Policies and better management have reduced emissions from landfills, manure and other sources here in Europe. People are also eating less beef and more poultry and fish,” said Marielle Saunois of the Université de Versailles Saint-Quentin in France, lead author of the paper in Earth System Science Data.

Tropical and temperate regions have seen the biggest jump in methane emissions. Boreal and polar systems have played a lesser role. Despite fears that melting in the Arctic may unlock a burst of methane from thawing permafrost, the researchers found no evidence for increasing methane emissions in the Arctic – at least through 2017. Human driven emissions are, in many ways, easier to pin down than those from natural sources.

Curbing methane emissions will require reducing fossil fuel use and controlling fugitive emissions such as leaks from pipelines and wells, as well as changes to the way we feed cattle, grow rice and eat.

“We’ll need to eat less meat and reduce emissions associated with cattle and rice farming, and replace oil and natural gas in our cars and homes,” Jackson said, “I’m optimistic that, in the next five years, we’ll make real progress in that area.”

Feed supplements, such as algae, may help to reduce methane burps from cows, and rice farming can transition away from permanent water-logging that maximises methane production in low-oxygen environments. Aircraft, drones and satellites show promise for monitoring methane from oil and gas wells.