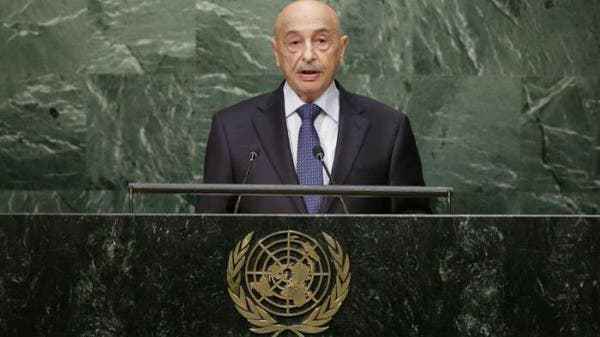 Egypt has the right to intervene in Libya to protect the national security of both countries, Libya’s House of Representatives has said.

It added that Egypt also has the right to deter “the blatant Turkish intervention and invasion of Libya,” if it observes an imminent threat.

In a statement early on Tuesday, the Libyan parliament asserted that it is the only elected and legitimate representative of the Libyan people.

The parliament added that it welcomes comments made by Egypt’s President Abdel Fattah Al-Sisi in late June in the presence of Libyan tribal representatives, in which he said Egypt is ready to intervene in the war-torn country “if the Libyan people asked us”.

Al-Sisi said that any direct Egyptian interference in Libya has international legitimacy under the right to self-defence. He also said that Egypt is ready to train and arm Libyan tribal youth, under the supervision of their representatives.

The Egyptian President added that such interference would aim to protect and safeguard Egypt’s western borders from threats posed by terrorists and mercenaries.

The Libyan parliament, an ally of the Libyan Arab Armed Forces (LAAF), said that countering invaders would “ensure the independence of Libyan national decisions, maintain the sovereignty and unity of Libya, and preserve the wealth of the Libyan people from the ambitions of the colonial invaders.”

“It [Turkish intervention] will not be stopped unless neighbouring Arab countries join their efforts,” the statement read.

Suring his June speech, Al-Sisi also stressed that Egypt considers any advance of militia towards Libya’s Sirte and Jufra as a ‘red line’ that cannot be crossed.

Mansour Bseis Shoaib, a member of the Supreme Council of Libyan Sheikhs and Elders, told Sky News that the Libyan tribes support parliament’s call for the Egyptian armed forces to intervene in the war-torn country.

On Monday, Egypt’s Foreign Minister Sameh Shoukry said that Turkey’s comments on preparations for a military operation in Sirte are a “very dangerous escalation”. He added they violate the United Nations Security Council resolution and norms of international legality.

Earlier in the day, Turkish Minister of Foreign Affairs Mevlüt Çavuşoğlu said that Turkey is preparing for a military operation in Sirte if the LAAF does not withdraw from Sirte and Jufra.

Meanwhile, LAAF spokesperson Ahmed Al-Mismari said they are monitoring a Turkish escalation in the towns, based on the comments made by Çavuşoğlu. Al-Mismari added that the LAAF is in a state of legitimate self-defence of their land, people and wealth.

Turkey has recently intensified its military support for the Tripoli-based Government of National Accord (GNA). It is already providing drones and air defence systems, weapons, and Syrian mercenaries, which have helped the GNA claim key victories in recent months against its rival, the LAAF.

Since the fall of Libya’s former leader Muammar Qaddafi in 2011, the country has undergone years of conflict. The oil-rich country has been split between two warring factions since 2014, the GNA based in Tripoli, and the LAAF based in Benghazi.