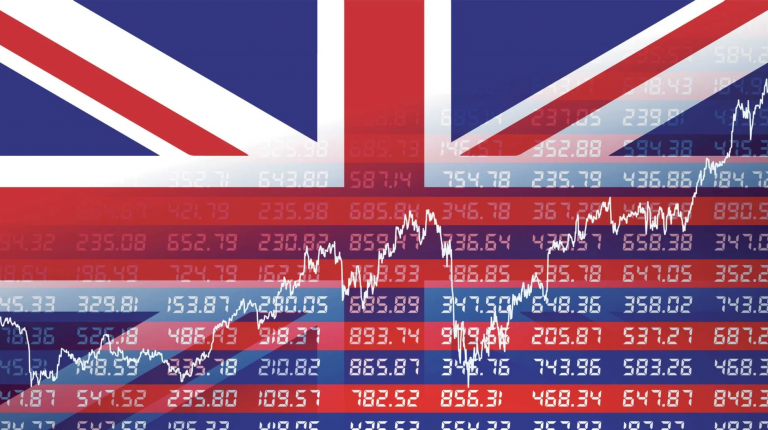 Britain’s gross domestic product (GDP) grew by 1.8 percent in May compared with the previous month. The slight rise in UK GDP followed a slump in March and April due to lockdown restrictions, the Office for National Statistics (ONS) said Tuesday.
“Despite this, the level of output did not recover from the record falls seen in March and April 2020 and has reduced by 24.5 percent compared with February 2020, before the full impact of the coronavirus,” said the ONS.
Earlier figures showed that UK GDP plunged by 20.4 percent in April compared with the previous month, hitting the biggest monthly fall since 1997.
“In the important services sector, we saw some pickup in retail, which saw record online sales,” but many other services remained “in the doldrums” with a number of areas seeing further declines despite lockdown restrictions in place, said Jonathan Athow, deputy national statistician and director general for economic statistics at the ONS.
Howard Archer, chief economic adviser at EY ITEM Club, an economics forecasting group, said the economy came “only modestly off its April lows in May”, adding that the increase of 1.8 percent was “less than the lowest expectation.”
Meanwhile, GDP declined by 19.1 percent in the three months to May 2020 compared with the previous three-month period, as “government restrictions on movement dramatically reduced economic activity,” the ONS said.
Looking forward, Archer said the economy “should have seen much more significant improvement in June” compared to May as there was a progressive easing of lockdown restrictions, warning that the GDP contraction in the second quarter will be “greater than previously anticipated.”