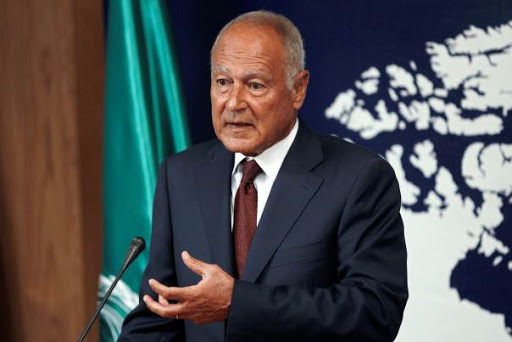 Arab League Secretary-General Ahmed Aboul-Gheit has renewed his rejection of “illegal Turkish intervention” in Arab countries, describing Ankara’s military operations in Libya as a threat to the Arab national security.

In an interview with the state-owned Middle East News Agency (MENA), he added that the Cairo Declaration has outlined a road map for settling the Libyan crisis. It has set steps and mechanisms for dealing with the Libyan situation at the military, security, political, and economic levels.

Aboul-Gheit said the Turkish interventions are “targeting and impinging on Arab national security.” He affirmed that the pan-Arab body rejects any regional interference that “threatens the security, safety, and stability of the Arab countries.”

At the same time, the conflicting sides in Libya’s civil war have for weeks been mobilising in the lead up to a possible battle for the city of Sirte.

Sirte, the birthplace of late leader Muammar Gaddafi and a former stronghold of the Islamic State group, fell under control of the Libyan Arab Armed Forces (LAAF) in January.

Seizing Sirte would give the rival side, the Tripoli-based Government of National Accord (GNA), a chance to gain control of oil fields and facilities in the south that LAAF had earlier controlled.

But Egypt, an LAAF ally, warned last month that an attack on Sirte would trigger an Egyptian military intervention, to protect Egypt’s western border. Libya’s eastern-based Parliament has also called on Egypt to send troops if Sirte is attacked.

Libya’s parliament has called for Egypt to directly intervene in the country’s civil war to counter Turkish support for the internationally recognised GNA.

In an interview over phone with a TV programme on DMC channel, he added that the situation in Libya now is so complicated. He stressed that Turkey will lose any battle on the Libyan soil.

He added that the LAAF is ready to confront Turkey on the Libyan territories.

In a related context, the US military on Wednesday accused Russian mercenaries fighting on the side of LAAF of planting land mines and improvised explosive devices in and around the Libyan capital, Tripoli.

The US Africa Command, or AFRICOM, said verified photographic evidence shows “indiscriminately placed booby traps and minefields” around the outskirts of Tripoli and all the way east toward the strategic coastal city of Sirte since mid-June.

However, Russia’s Charge D’affaires in Libya, Jamshed Boltaev, said that Russia does not deliver weapons to Libya and does not breach the United Nations Security Council’s arms embargo, as reported by Sputnik.

Libya has been divided since 2014 between the GNA in Tripoli and a rival eastern administration in Benghazi, where LAAF has dominated.