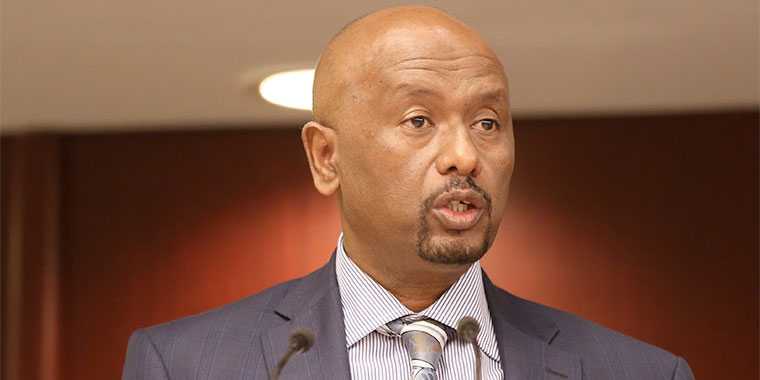 Ethiopia’s Minister of Water, Irrigation, and Energy Sileshi Bekele retracted, on Wednesday, his previous statement to the Ethiopian Broadcasting Corporation (EBC) on the filling of the Ethiopian Nile dam, according to the Associated Press (AP).

He has denied that the country’s government has begun filling the massive dam, AP added.

Sudan, however, says that water flow along the River Nile has declined, which confirms that the dam’s filling has already started.

Egypt requests an urgent official clarification from Ethiopian government regarding the validity of filling the reservoir of GERD, said Ahmed Hafez spokesman for the Ministry of Foreign Affairs. He also stressed Egypt continues to follow updates in this regard.

Bekele added that the dam’s construction and filling “go hand-in-hand,” whilst affirming recent satellite images that show the dam’s filling has begun.

Egypt has repeatedly warned Addis Ababa against taking any unilateral measures without reaching an agreement on the filling and operation of the dam.

Egypt, Sudan, and Ethiopia were recently engaged in talks brokered by the African Union (AU) over disputed points regarding the Ethiopian dam. The talks, which came to an end on Sunday, ended without any agreement on the disputed points.

The negotiations were observed by the AU Assembly Bureau, representatives from AU member states, the US, and the European Union (EU). They included online meetings between legal and technical committees from the three countries involved in the dispute.