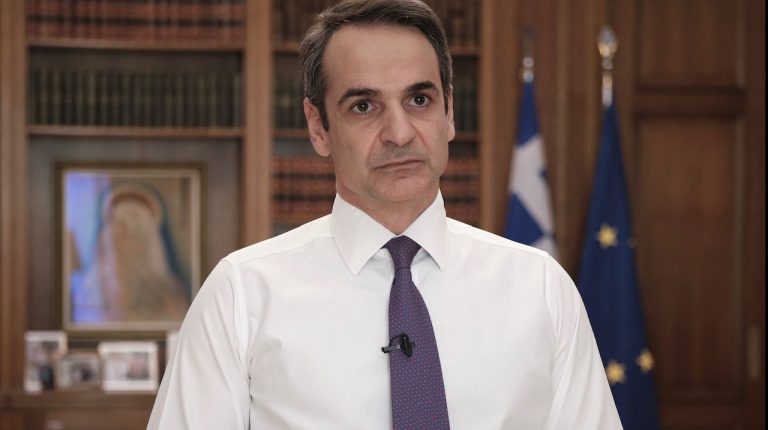 Greece and Cyprus will seek a “comprehensive European response” to Turkey’s recent moves concerning Hagia Sophia and energy exploration, Greek Prime Minister Kyriakos Mitsotakis said Tuesday after talks with visiting Cypriot President Nicos Anastasiades.
Relations between Greece and Turkey have grown increasingly tense in recent months over several issues including undersea drilling rights in disputed eastern Mediterranean waters and Turkey’s decision to convert the landmark Hagia Sophia in Istanbul from a museum into a mosque.
In a joint statement, the Greek prime minister described Turkey’s recent moves as “provocations” directed at the entire Europe as “they came from a country that was formally recognized as a candidate for EU membership.”
“Therefore, a comprehensive European response is needed,” Mitsotakis said.
Turkish President Recep Tayyip Erdogan on Friday formally changed the status of Hagia Sophia to a mosque and declared it open to Muslim worship, triggering strong reactions and criticism from across the globe.
In response to the European Union (EU)’s reaction, Turkish Foreign Minister Mevlut Cavusoglu said on Tuesday that his country firmly rejected “the word of condemnation used by the EU.”
“This is a matter concerning Turkey’s sovereign rights,” he added.
The 1,500-year-old Hagia Sophia, which first served as a cathedral and later an Ottoman imperial mosque, was transformed into a museum in 1935. It has been recognized by UNESCO as a monument of world cultural heritage since 1985.
Also on Tuesday, Mitsotakis said in a broadcast on Greek national broadcaster ERT that Europe, united and with decisiveness, should “draft a precise list of actions and sanctions” against Turkey’s move.
According to Turkish religious authorities, Hagia Sophia, a major tourist attraction in the country, will remain open to visitors outside the prayer times and Christian icons in the building will be curtained off during times of Muslim prayer.