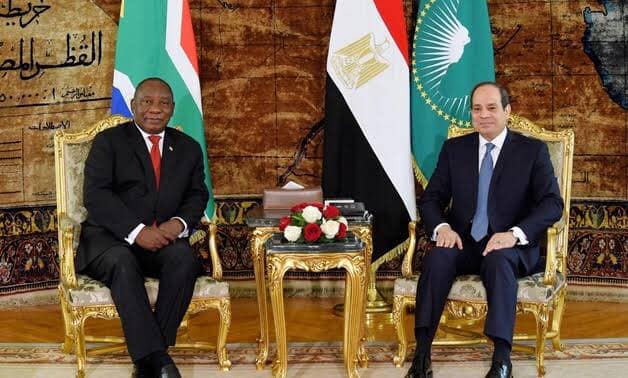 Al-Sisi stressed the necessity of reaching a comprehensive deal on the Grand Ethiopian Renaissance Dam (GERD), and reiterated Egypt’s rejection to any unilateral actions taken by any party that could affect its Nile water rights.

Egypt, Sudan, and Ethiopia were recently engaged in talks brokered by the African Union (AU) over disputed points regarding the Ethiopian dam. The talks, which came to an end on Sunday, ended without any agreement on the disputed points.

After eleven days of negotiations, the three countries presented their final reports on the progress of the talks to President Cyril Ramaphosa of South Africa, who is the current chairman of the AU.

Ramaphosa is expected to hold a mini-summit of AU officials and heads of member states to discuss the next steps.