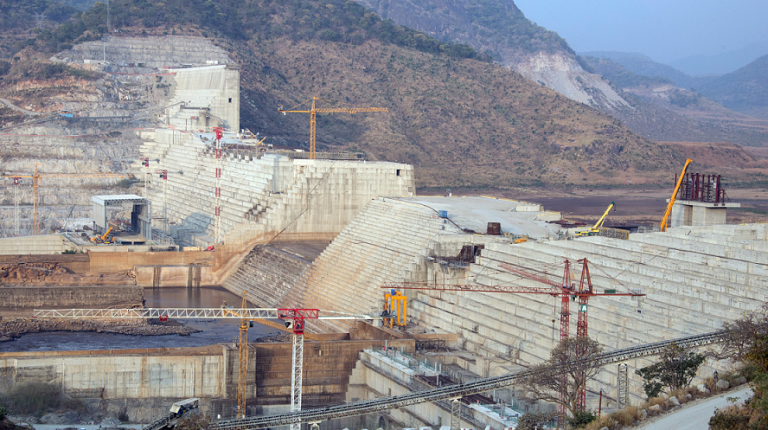 He stressed the need for Egypt-Sudan coordination in the face of Ethiopia’s actions, and called on Egypt’s Ministries of Water Resources and Irrigation, and Foreign Affairs, to be sceptical of Ethiopian statements denying the dam’s filling.

Meanwhile, the African Union will hold a mini-summit on the disputed Ethiopian dam on 21 July to address the points of contention between the sides involved.

The negotiations will include leaders of the three countries involved in the disputed points related to the dam, namely Egypt, Sudan, and Ethiopia.

On Friday evening, Sudan’s Minister of Irrigation and Water Resources Yassir Abbas wrote on Twitter that Khartoum received an invitation from current chair of the African Union to take part in the mini-summit.

The scheduled summit comes only a few days after the 11-day round of AU-sponsored negotiations between the three sides, which took place on 3-13 July, failed.

The failed negotiations on the Ethiopian dam were observed by the AU Assembly Bureau, representatives from AU member states, the US, and the European Union (EU).

Abbas confirmed that his country will participate in the AU mini-summit, in the hopes of achieving consensus on the disputed points related to the filling and operation of the Grand Ethiopian Renaissance Dam (GERD).

Al-Sisi stressed the necessity of reaching a comprehensive deal on the GERD issue, and reiterated Egypt’s rejection of unilateral actions taken by any party that could affect its own Nile water rights.

On Wednesday, Ethiopia’s Minister of Water, Irrigation, and Energy Seleshi Bekele was quoted by official Ethiopian media saying that the dam’s filling process had started. Only a few hours following the announcement, Bekele denied the statements, claiming it as a misunderstanding.

Both Egypt and Sudan have voiced concerns, which were unequivocally expressed during the recent 11-day negotiations, related to the Ethiopian dam’s filling and operation. Egypt, however, showed flexibility during the negotiations, introducing alternative proposals. Ethiopia rejected all alternative proposals, instead maintained its rigorous stance on the dam’s filling.