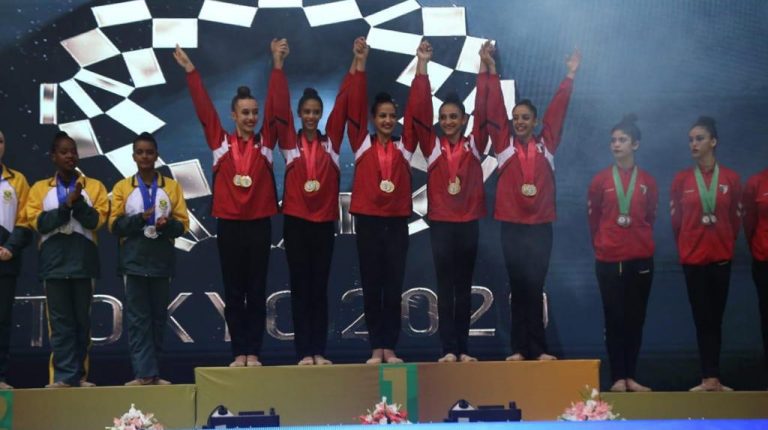 The reputation and future of Egyptian gymnastics has been at stake after two national team players tested positive for doping whilst taking part in the 15th African Championships for Rhythmic and Aerobic Gymnastics.

The competition, that would see athletes qualify for the Olympic Games, was held in the Red Sea city of Sharm El-Sheikh from 10 to 17 March.

The national team came first in the championship, ahead of South Africa and Algeria, respectively.

The Egyptian Gymnastics Federation (EGF) received a letter from Osama Ghoneim, Executive Director of the Egyptian Anti-Doping Agency, notifying them that two Egyptian gymnasts had tested positive for doping.

In a complaint filed by the parents of other players on the team, they noted that their daughters were subjected to injustice, as a result of the determination of officials to include Selim on the team. Selim has been suspended from the team recently, with the recent African Championship’s results were put on hold until the investigation into the incident is completed.

Minister of Youth and Sports Ashraf Sobhy, in cooperation with the Olympic Committee, has dismissed Noha Abdel Wahab from her position as head of the EGF Technical Committee.

Abdel Wahab had combined two jobs at the same time, namely technical advisor to the Gezira Club and the head of the EGF Technical Committee. This, however, is in contradiction of the law that prevents this combination of the two jobs for reasons of conflict of interest, which has prompted Sobhy to issue a decision to remove her from her position.