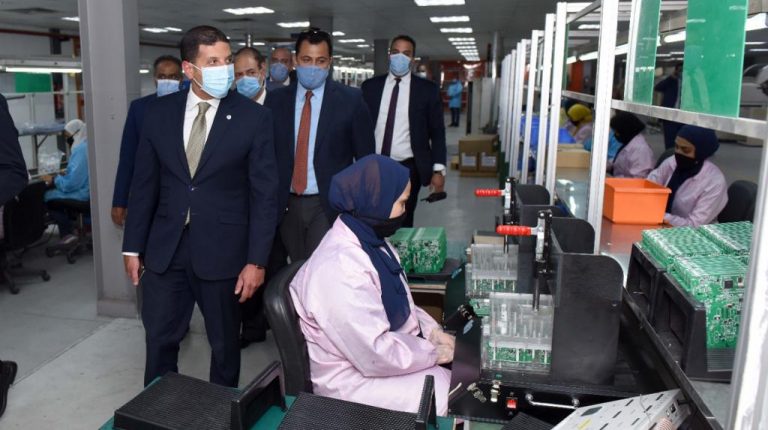 The General Authority for Investment and Free Zones (GAFI) has approved 30 new projects proposed by the Construction Products Holding Company – Egypt (CPC), as part of the CPC investment zone.

The GAFI approval was granted during a meeting chaired by GAFI Executive Director and Chairperson of CPC Egypt’s investment zone Mohamed Abdel Wahab.

The meeting also followed up on the implementation progress of the CPC investment zone, which spans over on an area of 357 feddan, with investments exceeding EGP 2.8bn and comprises 80 projects.

Abdel Wahab has urged the executive office of the CPC zone, which is affiliated to GAFI, to issue the necessary licences for the approved projects as soon as possible to begin operation.

During a tour of the CPC zone, Abdel Wahab issued a decision stipulating that heads of boards at investment zones have the right to issue approvals for new projects inside the zones.

They will also be able to add activities to existing projects by just notification, particularly in medical supplies manufacturing, pharmaceuticals, and food commodities. They will be able to undertake these responsibilities for a period of six months.

Abdel Wahab elaborated that the decision refers to granting licences to new investment zone projects to engage in a temporary activity for a period of six months.

He further noted that existing projects whose licensing has ended will be granted an operations licence for a period of six months to carry out their activities until their licences are renewed.

“According to what was included in the decision, the period for submitting insurance funds and letters of guarantee to investors applying to reserve units within investment zones will be extended for a period of three months, renewable for another period, after presentation to the GAFI’s board,” he pointed out.