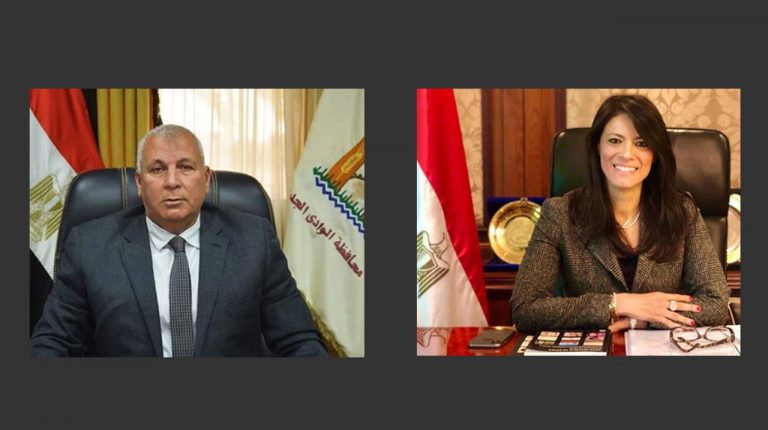 Minister Al-Mashat stressed that her ministry has put the support of development projects in various governorates across Egypt, particularly the neediest such as the New Valley governorate, among its priorities.

She noted that the New Valley has a number of projects that serve youth and women, and contribute to providing these two social segments with job opportunities.

The minister pointed out that her ministry’s efforts to support development, in coordination with international partners, is in line with its Global Partnerships Narrative. This focuses on three main pillars, notably: People at the Core, Projects in Action, and Purpose as the Driver.

For his part, Al-Zamlout praised the Ministry of International Cooperation’s efforts contributing to a number of development projects in the governorate. These include providing the necessary financing for a project to connect sanitation services to disadvantaged villages in the New Valley at a cost of EGP 42.5m.

The move comes as part of the Egyptian government’s efforts to provide a decent standard of living for citizens. The ministry has also undertaken and completed sanitation projects in nine villages, by establishing treatment plants that operate projects in an integrated manner.

Al-Zamlout presented a number of projects undertaken by the governorate, such as planting 2.5 million palm trees, supporting youth projects to take advantage of palm waste, and the project to construct model villages. These come in addition to the project that saw the conversion of diesel-run power stations into green energy-run stations dependant on solar energy. The move towards greener and more sustainable power methods stands in line with the state’s directions to improve the level of services provided to citizens.